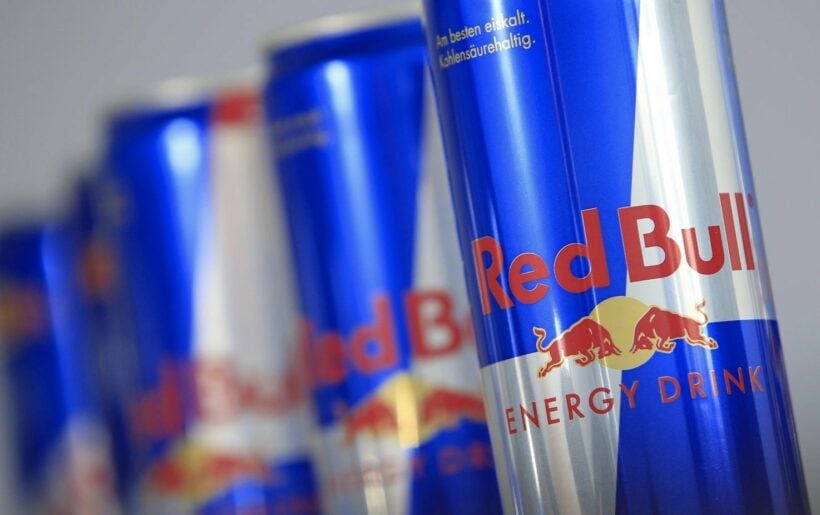 TCP Thailand (T.C. Pharmaceutical aka. T.C.Pharma), the company that owns Red Bull in Thailand, as well as other popular brands, have released a statement in response to the announcement that Thailand’s Attorney General is dropping charges against 35 year old Vorayuth “Boss” Yoovidhya in a 2012 hit and run incident in Bangkok when his sportscar hit, and then dragged, a motorcycle policeman in Bangkok.

The company took 3 days to respond to the recent story of the dropping of charges after it became public on CNN.com. The family-owned business are clearly trying to distance themselves from the controversy.

“Boss” was accused of driving his black Ferrari when it slammed into the back of a patrol policeman’s motorcycle “at high speed” o, September 3, 2012, dragging his body along Sukhumvit Road before speeding away. The dead policeman was Pol Sgt Maj Wichian Klanprasert, 47 at the time and based at the Thong Lor police station.

The slogan for TCP Thailand is “Winning, Power, Momentum”. The entire board is made up of the Yoovidhya family. They own the brands Ready and Warrior energy drinks, Sponsor electrolyte beverages, Mansome drinks and sodas, Puriku tea, Hi Vitamin C drinks, and Sunsnack sunflower seeds.

Boss’ father, Chalerm Yoovidhya, also owns Siam Winery, which includes Spy Wine Cooler, Monsoon Valley, World of Wines distributor, and Moose Cider.  The company is coming under pressure from social media as Thais are calling on people to boycott the Yoovidhya family and the products produced by their companies, including Red Bull.

TCP’s brief statement simply claims that Vorayuth “Boss” Yoovidhya holds no shares in the company and has never held any management or decision making role with the company. TCP states they are not involved in any way with the case or the legal situation, or should be apportioned any blame because of his family name association. The company states the issue is strictly a personal matter of Vorayuth and the company has nothing to do with it.  Basically, they’re distancing themselves from the behaviour of one of the family’s prominent members in an effort to deflect the negative PR.

In response to recent reports that discuss the case of Mr. Vorayuth Yoovidhya, and the misunderstanding of his relationship with TCP Group and the company’s products, the company would like to state that we are fully aware of the situation and truly understand consumer sentiments regarding the incident.

As such, TCP Group would like to clarify that Mr. Vorayuth Yoovidhya has never assumed any role in the management and daily operations of TCP Group, was never a shareholder, nor has he held any executive position within TCP Group.

The company’s executives, shareholders and employees are not involved in the case across all aspects and the case is a personal affair of Mr. Vorayuth Yoovidhya.

TCP Group would like to seek your cooperation in publishing accurate information on your channels for the understanding of the public.

For any queries, please do not hesitate to contact TCP Group Corporate Communication Department and the Public Relations Consultant for the clarification of any information.”