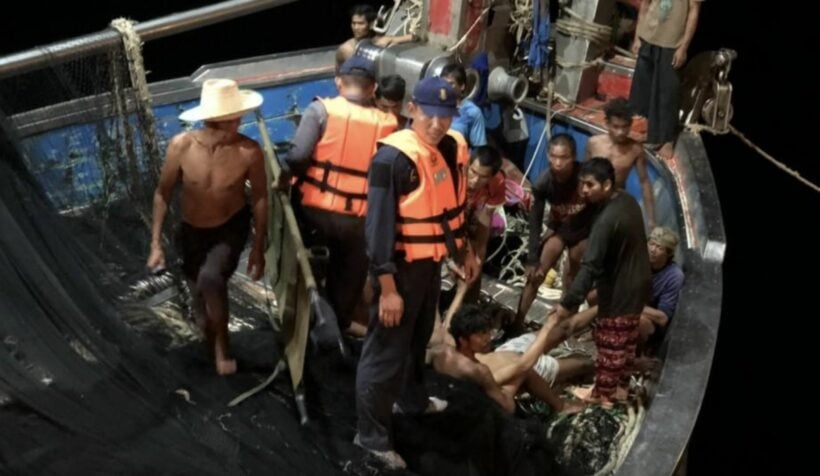 Members of the Royal Thai Navy have rescued a boat crew member in the Gulf of Thailand after he suffered a severe electric shock on Friday night. Royal Thai Navy Region 1 headquarters in Chon Buri were notified by the officers based in Prachuap Khiri Khan that a boat crew member, 51 year old Sittisak Sripipat suffered a serious electric shock while off the coast of Bang Sapan, a southern coastal district in the province.

Authorities went out and helped the injured sailor by providing CPR before transferring him to a local hospital on the mainland. A navy spokesman says it’s not clear how Sittisak suffered the shock and the incident is under investigation. A panel tasked with resolving the ongoing land dispute between Karen tribespeople and national park officials will hold its first meeting tomorrow. According to Thamanat Prompow from the Agriculture and Cooperatives Ministry, the committee hopes to find a solution to the disagreement between forest protection officials and Karen villagers who wish to reside in Kaeng Krachan National Park, in the central province of Phetchaburi.

The villagers’ presence in the national park prompted complaints from environmental groups who were concerned about the effect on the surrounding area. The PM, Prayut Chan-o-cha, has previously stated the villagers cannot return to the national park, but protesters sympathetic to the plight of the Karen people have been campaigning outside Government House.

According to a Bangkok Post report, the newly-formed committee that will oversee the resolution of the dispute comprises people from both sides of the argument. However, no sooner was the panel created than another controversy arose.

Karen people from the village of Bang Kloi-Jai Paen Din, in Kaeng Krachan National Park, as well as members of the People’s Movement for a Just Society, insist Prasan Wangrattanapranie, assistant to Deputy PM, Prawit Wongsuwon, can no longer be involved in the matter. The villagers claim he insulted them while visiting the village last Thursday, when he accused them of growing marijuana.

Prasan says he will no longer play any role in government attempts to resolve the land dispute. For his part, Thamanat says Prasan was never a member of the committee and that he requested he distance himself from the matter to stop things getting worse.

Meanwhile, the Natural Resources and Environment Minister, Varawut Silpa-archa, says his ministry have nearly finished a variety of tasks aimed at helping the villagers, but admits not all will be completed on time. Some of the jobs include managing water supplies for farming, as well as finding new farmland for the Karen people. Varawut says he can’t give an exact date for when all the work might be complete, due to laws that have been in place since before his ministry was set up.

The Department of Disease Control says 17 new cases of Covid-19 have been reported in migrant workers in the central province of Samut Prakan, part of the Bangkok Metropolitan Region and directly south and east of central Bangkok (Suvarnabhumi Airport is in Samut Prakan). Opas Karnkawinpong from the DDC says the infections were detected at migrant worker camps, and an additional 584 people are being closely monitored.

“Construction sites have multiple risk factors, such as shared facilities and in this case, the workers violated Covid-19 prevention rules by throwing a party.”

The Bangkok Post reports that the first carrier is thought to be a 29 year old Burmese worker, who reported for testing on March 13. When she tested positive, the DDC carried out proactive testing at migrant labour camps on Soi Sukhumvit 107 and 117, where an additional 16 people tested positive. 2 of those are Burmese, 4 are Thai, and 10 are Cambodian.

Meanwhile, according to the Centre for Covid-19 Situation Administration, there were 81 new cases of the virus reported yesterday. 45 were recorded in hospitals and 36 were detected through proactive mass testing, most of them in the central province of Samut Sakhon, where a resurgence of the virus told hold late last year.

Officials are also focused on containing the recent cluster detected in market traders in the Bang Khae district of the capital (west of the Chao Phraya). According to the Bangkok Post report, cases linked to Bang Khae have been reported as far away as the southern province of Songkhla and the north-eastern province of Si Sa Ket.

The Bangkok Metropolitan Administration says another 16 cases linked to Bang Khae were reported yesterday, meaning the cluster has now given rise to 384 cases to date. Mass vaccination is taking place in Bang Khae, with 2,600 receiving the vaccine so far.

The BMA is also planning a second field hospital near Rajpipattana Hospital in the district of Thawi Wattana. The first field hospital opened in January, near Bang Khunthian Hospital, and has 600 beds. 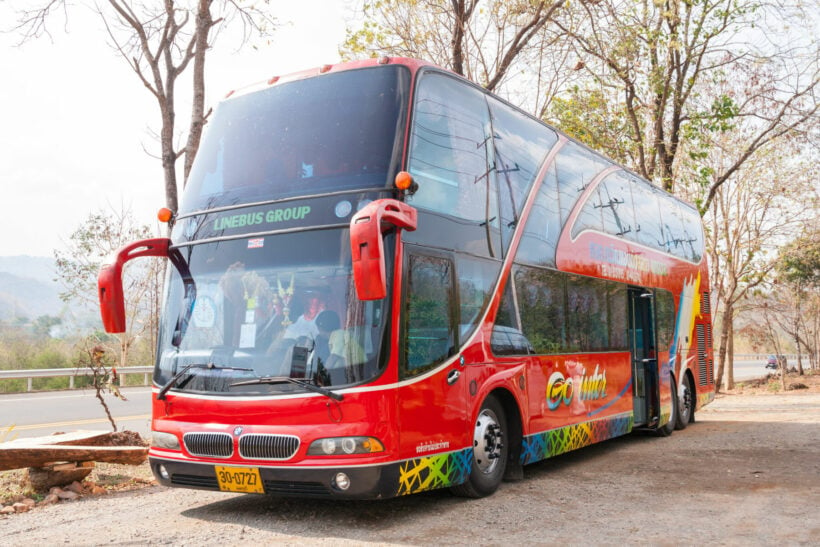 A chartered bus driver, who recently took students on a field trip, was arrested after police found 600 kilograms of methamphetamine in the bus’ luggage compartment. 53 year old Amorn Chatawittayakul, the driver, was stopped at the Tha Yang intersection on Phetkasem Highway in Thailand’s central Petchaburi province at about 8pm last night.

The bus was headed back from a student field trip to King Mongkut Memorial Park of Science and Technology in Prachuap Khiri Khan province. Police searched the bus and found 30 sacks containing speed pills and crystal meth, each weighing about 20 kilograms.

20 year old Naratorn Hongtong, the bus’ attendant, was also arrested. Police say the suspects admitted they drove the bus to Pak Tho district of Ratchaburi to pick up the drugs from a man who gave them 100,000 baht to deliver them to Phatthalung province. Then they returned to pick up the kids and drive them back to Songkhla province. Police say the chartered bus had the words “Petcharee Tour” written on it.