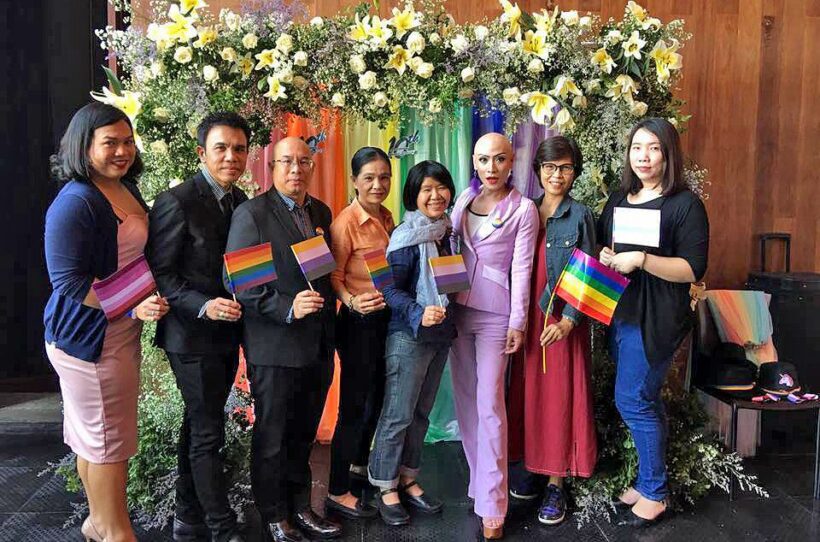 The Nation reports that both the Civil Code’s marriage law and the new Life Partnership Bill are in violation of the Constitution’s gender-equality principle, gender-diversity campaigners asserted as they pressed for full marriage equality rather than a two-tier approach that continues to stigmatise minorities.

They say that the Life Partnership Bill will only be acceptable if this bill adheres to the marriage principle and secures rights and benefits for LGBT married couples that are the same as for straight couples, according to Kittinan Thammatath, director of Rainbow Sky Association of Thailand.

Kittinan and others yesterday addressed a seminar at Chulalongkorn University, where they discussed people’s rights to marriage equality and to creating a gender-diverse family.

“Since every Thai citizen is protected from discrimination and gender equality is protected by the current Constitution, it is our constitutional right to have marriage equality and be able to create a family of our own, regardless of gender. Every legally married couple should receive similar rights and benefits from the authorities,” Kittinan said.

The opposite is now the case, he said, as many laws, and especially the current version of the Life Partnership Bill, diminished the rights of LGBT couples. These laws do not provide the same level of rights protection and legal benefits to LGBT couples, as are enjoyed by heterosexual married couples.

“As of now, it is still against the Civil Code for a same-sex couple to legally marry and register their marriage certification,” he noted. “This is because legal marriage under the current law is restricted to straight couples only.”

The current version of the Life Partnership Bill, now undergoing revision at the instruction of the Cabinet, has failed to meet its original intent to promote equal rights for every population group to marry, he said. 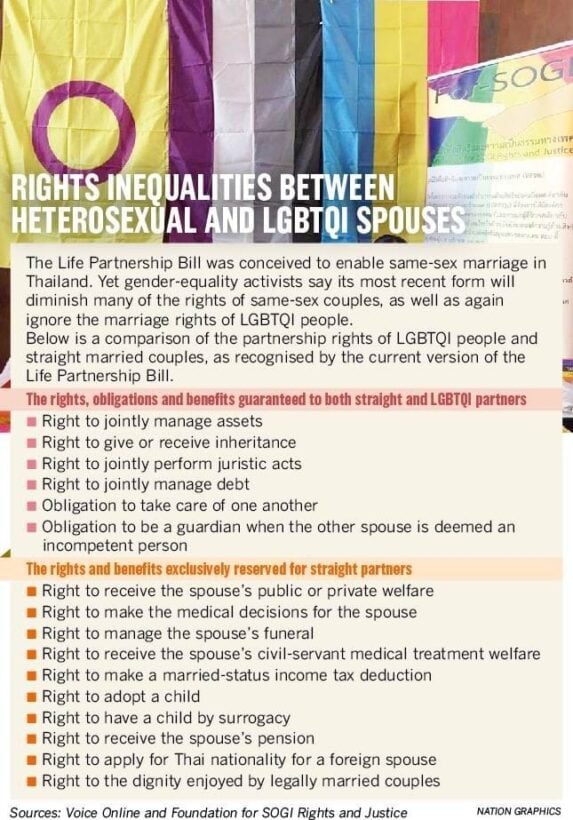