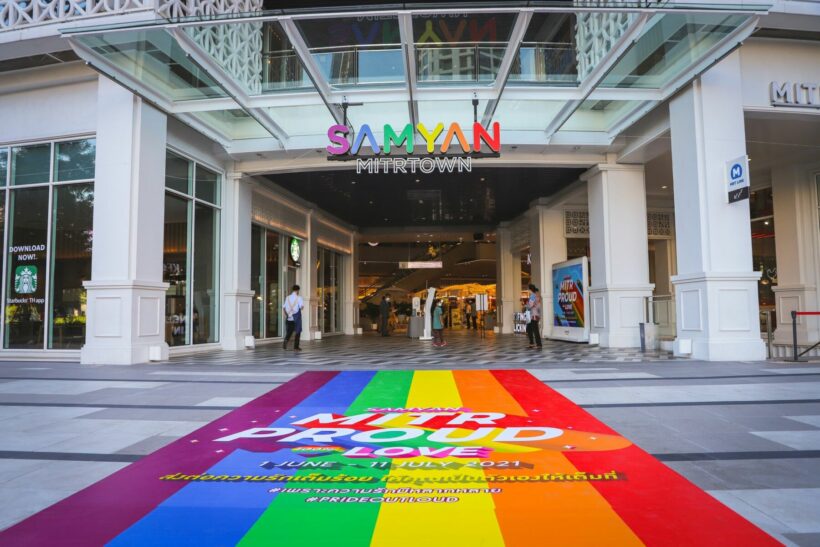 In the United States, June is Pride Month – a month to celebrate the LGBTQ community, in memory of the Stonewall riots in June of 1969. It is a month to recognize the Lesbian, Gay, Bisexual, Transgender, and Queer population in the US. While Pride Month isn’t officially international, some acknowledgement and celebration have been seen in Thailand.

In Bangkok, the mixed-use Samyan Mitrtown development, home of Samyan Mitrtown Mall, Mitrtown Office Tower, Triple Y Residence, and Triple Y Hotel, covered their complex in rainbow Pride displays. They added a rainbow stripe to their tunnel walk from the MRT Samyan Station to the complex, as well as the entrance walkway and staircases inside. The stairs have “Mitr Proud Love” written to pass on the message of “love for you the be yourself fully.”

Vogue Thailand showed support for Pride month featuring a cover and photo spread of 5 transgender Thai models and artists. The story, under the tagline “Sorority, Equality, Liberty”, features the 5 trans models to highlight acceptance of differences and to promote humanity and equality. The models, Blossom-Chananchida. Rungpetcharat, Mo-Jiratchaya Sirimongkolnawin, Tawanwad Petchruenthong, Supitcha Chaiyanukulpab, and Patawee Homnoon were described as unyielding to social norms and values.

Time Out Thailand posted a message of solidarity with the LGBTQ community for Pride Month, saying that the philosophy of the Pride movement in the modern Covid-19 era is more than just gender and sexuality.

“It is to create a safe space for all opinions, races, religions, skin tones, beliefs, shapes and all differences because we believe that a good world is one where everyone is aware of the equality of humanity.” [translated from Thai]

While it’s nice to see the country celebrating Pride Month, Thailand’s attitude towards the LGBT community is a mixed bag, as same-sex marriage is not legal, but same-sex couples are, although they are not afforded the same legal protections as straight couples. The country is generally conservative, and non-traditional sexuality can be discriminated against. Still, Bangkok is listed as the second-most LGBT-friendly city in Asia, after Tel Aviv, Israel.

The Tourism Authority of Thailand advertises to the LGBTQ traveller community with its “Go Thai Be Free” campaign, aiming to position Thailand as a welcoming tourist destination for gay travellers, though they have not posted any statement or reference for Pride Month yet. 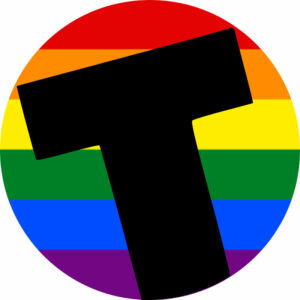 Happy Pride Month from The Thaiger!

SOURCE: The Standard, Sanook, Time Out