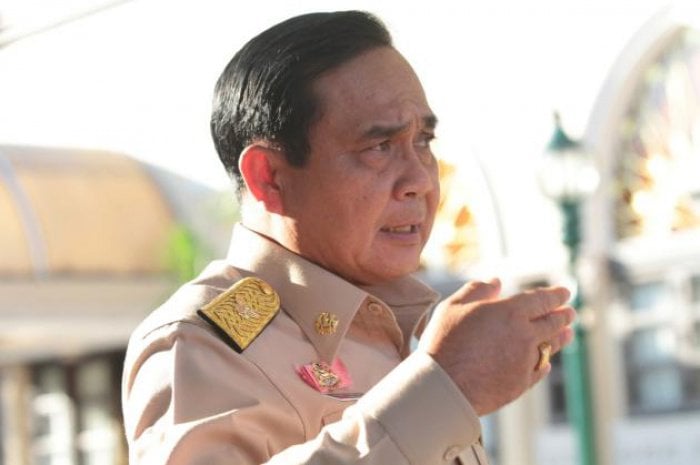 PHUKET: Prime Minister Gen Prayut Chan-o-cha yesterday promised to exercise his powers under Article 44 of the provisional charter “in a constructive manner” – an apparent bid to allay concerns over a new order he will issue to replace martial law.

PM Prayut said he expected protesters to take to the streets and political leaders to challenge his government after the martial law was lifted. “I will not use Article 44 to persecute or threaten anyone. It will be invoked because there is the need. You should not be afraid of Article 44. In fact, martial law is tougher than Article 44, as it controls everything,” he said.

Under Article 44 of the post-coup provisional charter, PM Prayut, in his capacity as leader of the National Council for Peace and Order (NCPO), has the power to issue an order to disrupt or suppress any threat to public peace and order or national security.

When asked why he did not opt for the state of emergency law or the Internal Security Act, the PM said those legal measures were used by two previous governments and had failed to prevent severe political conflict.

“Do you think I will succeed with those laws?” he asked. “I will use Article 44 constructively and I won’t use it to create more conflict.”

Deputy Prime Minister Wissanu Krea-ngam said Prayut had just assigned him to look into legal issues regarding the plan to issue the order to replace martial law with Article 44 and he would explain the matter to the media today.

Mr Phornphet said Thailand’s image in the eyes of the international community would be improved after martial law was lifted. He also expects the new order to boost unity and help the country achieve reconciliation under the NCPO’s reform roadmap.

Deputy PM and Defence Minister Gen Prawit Wongsuwan said that by invoking Article 44, the government would be able to prevent “bad people” from “doing bad things to the country”. Justice Minister Paiboon Koomchaya said he did not think PM Prayut would issue any order that went against the moral code.

Martial law gives the military widespread powers to conduct searches, make arrests, ban public gatherings or spread information. It clearly states the jurisdiction scope of the military courts, unlike Article 44, which does not state clearly what kind of cases can be heard by a military court or a civilian court.

Article 44 gives the chief of the National Council for Peace and Order control over the administration, legislature and judiciary, although the provisional charter requires him to inform the National Legislative Assembly president and the prime minister after announcing an order under Article 44.