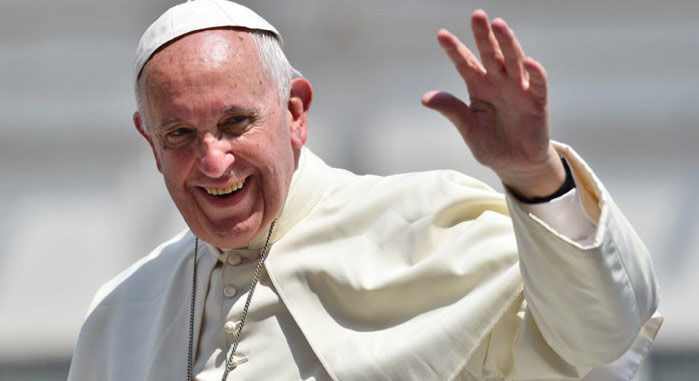 The Catholic Bishops Conference of Thailand have released the itinerary for the Pope’s visit to Thailand next month, confirming that Pope Francis will meet separately with His Majesty the King, PM Prayut Chan-o-cha, as well as the Supreme Patriarch and head of the Buddhist faith in Thailand.

The Pope’s Bangkok visit will last three days, beginning when he touches down at Don Muang’s Military Air Terminal 2 on November 20.

The following morning, he is scheduled to meet the PM and other Government officials at Government House, as well as members of the diplomatic corps and representatives of civil society.

Pope Francis will then travel to Wat Ratchabophit Sathit Maha Simaram for a meeting with Supreme Patriarch and head of the Buddhist faith in Thailand, Somdet Phra Ariyavongsagatanana IX.

That afternoon, he will have a private audience with His Majesty the King, after which he will lead a public mass at the National Stadium.

The following day, his last full day in Thailand, Pope Francis will meet prominent Thai Catholics, including bishops and priests, followed by a gathering with leaders from other religions. He will then attend a special mass for young people at the Cathedral of the Assumption.

Pope Francis will leave Thailand for Japan on November 23.