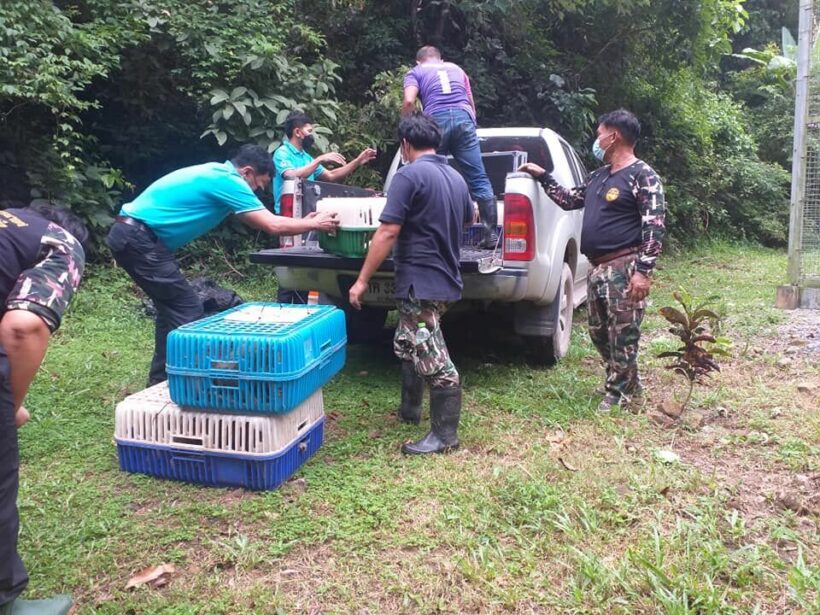 More than 40 monkeys being smuggled to local restaurants were rescued on Friday by officers from Thailand’s Natural Resources and Environmental Crime Division. Nation Thailand reports that officers had received a tip the alleged smugglers were using Highway 359 in the eastern province Sa Kaeo, which borders Cambodia, as a route to smuggle the wild monkeys to restaurants where the animals would be cooked and served as special dishes.

Officers monitoring the area say they tried to wave down a pickup truck that looked suspicious. The driver did not stop, leading to a police chase. The truck crashed into a traffic sign and the driver managed to run off.

One the truck, officers found 45 long-tailed macaques locked in 25 plastic cases. Nation Thailand says one monkey had died from the impact. The monkeys were sent to the Wild Animal Rescue Centre in the nearby Nakhon Nayok province. Police are still investigating to determine who was involved in trafficking the monkeys.

Back in May, more than 100 wild monkeys caged in plastic carriers were seized off a pickup truck in the eastern province Prachinburi and the 25 year old driver was arrested. He allegedly told officers that he had been hired by a crime network that smuggles wild animals to be purchased by restaurants and later eaten. Police say the driver told officers that he was paid 3,000 baht to take the monkeys from Phichit to Sa Kaeo. The monkeys were taken to the wildlife centre in Nakhon Nayok.