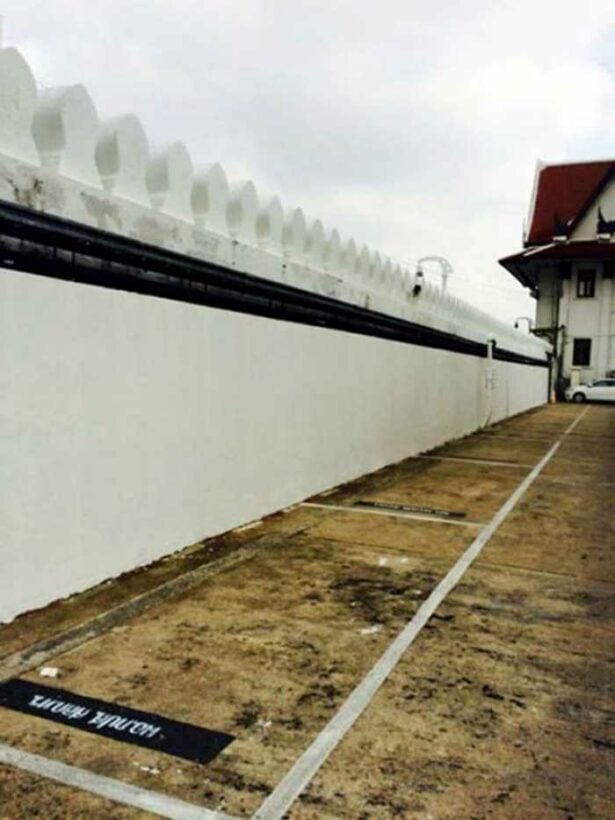 PHUKET: THE Fine Arts Department has registered the whole compound of King Taksin’s palace, including its wall, as a historical site since 1929, ruling out any moves to have it dismantled.

The Royal Thai Navy (RTN) said the wall was built during the reign of King Rama V, not King Taksin – a claim meant to support its plan to remove the wall.

Officials at RTN headquarters, which now includes the old palace’s compound, have plans to improve its landscape. As part of the planned enhancement, the wall was to be taken down to facilitate the reception of important guests and military parades.

But Fine Arts Department’s director-general Borvornvate Rungrujee said yesterday, “No one can remove it. Even an adjustment will need our consent.”

He said his department had already sent information to the RTN to identify the exact scope of King Taksin’s palace.

“We sent the information to the RTN a few weeks ago,” Borvornvate said. “Next week, I will have a meeting with the director-general of the RTN Naval Logistics Department”.

RTN chief Admiral Kraisorn Chansuvanich said yesterday his officials would be ready to have a discussion with the Fine Arts Department.

“We will definitely conserve and maintain the country’s historical structures well,” he said.

However, he said the department must explain the wall’s status clearly. According to Kraisorn, the RTN had made several adjustments to the wall before also.

“That’s inaccurate,” he insisted, “It was built in the reign of King Rama V.”

VAT hike will give more room for budget deficit: Sommai