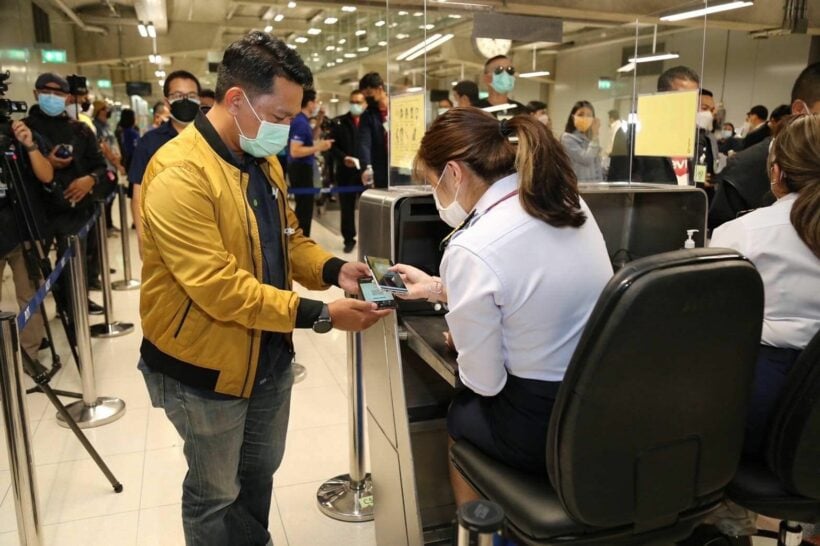 There is no travel cutoff date (for now) for those approved to enter Thailand under the Test & Go or Sandbox entry schemes. Following the decision to close Thailand Pass registration for the two schemes, the government announced the last group of approved travellers would arrive on January 10. That date was never posted in the Royal Gazette, and a spokesperson for the Ministry of Foreign Affairs has confirmed with The Thaiger that there is no cutoff date.

The entry schemes and current regulations will be reviewed on January 4 by the Centre for Covid-19 Situation Administration. The urgent decision to close registration for the two entry schemes, with the exception of the Phuket Sandbox, was made after Thailand’s first local Omicron transmission was reported.

The Thai government posted a graphic with the January 10 date and an announcement on both the official Royal Thai Government website and the government spokesperson’s Facebook page. (The posts are still up.) 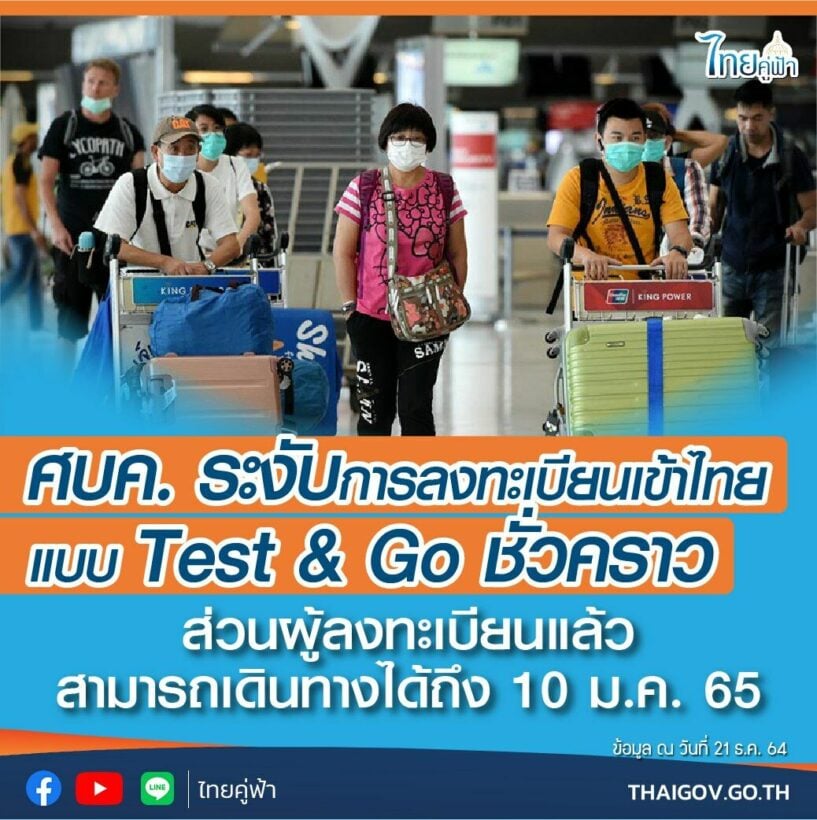 ABOVE: One of the misleading posts made on a Government portal, since contradicted by the Ministry of Foreign Affairs.

The date was also reported by numerous media outlets – both Thai and English – including the National News Bureau of Thailand, which is run by the Government Public Relations Department, and Thai PBS World, which is owned by the Royal Thai Government.

A spokesperson for the Ministry of Foreign Affairs says reports of the January 10 cutoff date are false. The Ministry’s Department of Consular Affairs runs the Thailand Pass website and no cutoff date is mentioned on the website.

Poolie
14 minutes ago, Grumpyoldman said: "A spokesperson for the Ministry of Foreign Affairs says reports of the January 10 cutoff date are false." Will they take legal action against the other departments for posting false information on the internet? No.
mediagator
My parents got an approval for Thailand pass for 28th Dec. Are they able to use this pass to fly in on a later date?

Faz
12 minutes ago, mediagator said: My parents got an approval for Thailand pass for 28th Dec. Are they able to use this pass to fly in on a later date? They have to fly on the dates approved.

Faz
15 hours ago, Jerth said: This is very confusing. Is now Test and Go closed or not?  Applications for entry under the test and go scheme have been suspended. You can still apply to enter under the Sandbox scheme (Phuket)…
HolyCowCm
The fact is the cat is already out of the variant bag from all the Test and Go folk already out there spreading the love, meaning spread it to one or two or how many in Thailand unknowing unaware people…