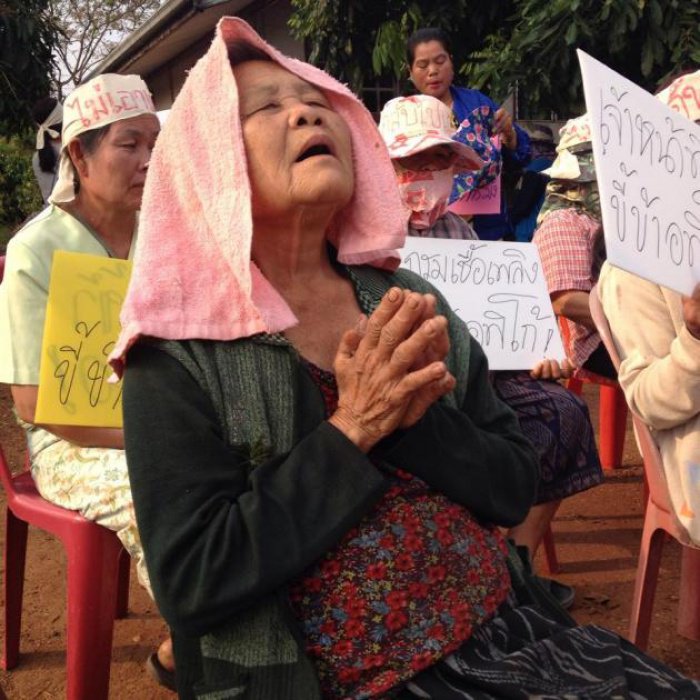 PHUKET: A National Human Rights Commission (NHRC) subcommittee will lodge complaints today |over the deployment of security officials for an oil firm in Khon Kaen province.

“We will write to both the Khon Kaen governor and the chief of the Second Army Area to let them know that the deployment of security forces is utterly inappropriate,” Dr Niran Pitakwatchara said yesterday in his capacity as chairman of the NHRC subcommittee on community rights.

He was commenting on reports that hundreds of police, soldiers and volunteers showed up in Ban Na Mun, Tambon Dun Sad in Khon Kaen’s Kranuan district, from last Saturday to help Apico trucks carrying a drilling rig so they could move past protesting locals to the site of a new well in nearby Kalasin province.

Residents of Ban Na Mun have been protesting for several days now because they fear exploration for oil and gas so close to their hometown will hurt the environment, natural resources – and their health.

Dr Niran reported that locals said they had no idea what the energy concessionaire, Apico (Khorat), was doing due to the lack of public consultation. He said locals were now very worried that no one would take responsibility if there were adverse impacts.

“This is a conflict that should be settled through talks, not any use of force,” Niran emphasized.

He pointed out that it was agreed at a meeting between his panel and various agencies such as Kalasin and Khon Kaen branches of the Internal Security Operations Command and the Mineral Fuels Department on February 10 that an academic forum on the petroleum operation be held fast for all stakeholders to get adequate information.

“But the firm has chosen to move its equipment into the site before the forum is held,” Niran said, adding that the NRC will go ahead with the forum.

At Ban Na Mun, locals were praying and crying yesterday as they had to watch trucks with drilling equipment move past them.

Srisuwan Janya, secretary general of the Association of Organizations for the Protection of Thailand’s Constitution, has chosen to stand by the villagers. Yesterday he called on the National Anti-Corruption Commission (NACC) to investigate officials allegedly involved in favoring the gas-drilling firm.

“I believe their actions have violated many laws,” he said.

PTT Plc, meanwhile, told the NHRC yesterday that its fourth gas pipeline – from Rayong to Kaeng Khoi – had a proper environmental impact assessment.

“We have held 305 forums covering some 18,820 participants,” its representative said. The firm has started paying compensation to affected people too.