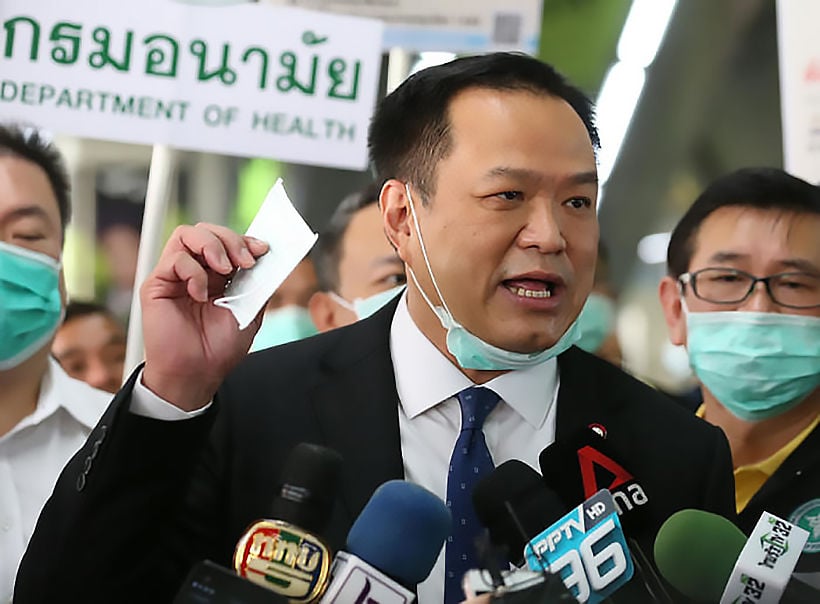 Today, Thai netizens are demanding the resignation of Thailand’s Minister of Public Health after the largest daily amount of Covid infections is being reported in Samut Sakhon Province.

That number of infections, reported today, is now up to 576, 516 of which includes migrant workers who have been in the news recently after several were found to have entered Thailand illegally from Myanmar, skirting mandatory quarantine requirements. The number is seen as alarming, after Thailand has had little to no infections in recent months. Furthermore, the kingdom has only reported about 4,000 cases since the pandemic began.

Anutin Charnvirakul, Thailand’s Public Health minister is now being blamed, despite months of having no new locally-transmitted cases reported. The hashtag #ถอดถอนอนุทิน (Remove Anutin) started trending early this morning and has received over 254,000 mentions so far.

While many pointed to a few anti-foreign faux pas and premature statements he has made in the past, including a statement yesterday in which he blamed the outbreak on migrant workers coming illegally into Thailand, the minister has been targeted by anti-government protesters for months.

Such netizens have blamed Anutin for bringing his Bhumjai Thai Party into the ruling coalition with the military-backed Palang Pracharath Party. Some netizens have even posted of his expected demise by putting his picture next to the words, “the beginning” and “the end”.

Samut Sakhon Province was hit by a surge in Covid cases, with the number now reaching 576. The spike in cases is thought to be due to migrant workers illegally returning to Thailand from Myanmar and skirting quarantine requirements, moving to Samut Sakhon, neighbouring Bangkok.  Chiang Mai, Chiang Rai and surrouding areas were affected first as many Thais returned from border towns in those areas and were subsequently found to be infected with Covid after returning from the town of Tachileik, where they reportedly worked in the sex and leisure industry at a venue posing as a hotel.

After the ‘hotel’ saw an outbreak in Covid infections, the workers were jobless as it closed down.  Having nowhere to go, the workers re-entered Thailand despite the government not allowing legal border crossings due to Myanmar being heavily hit by the Covid pandemic.