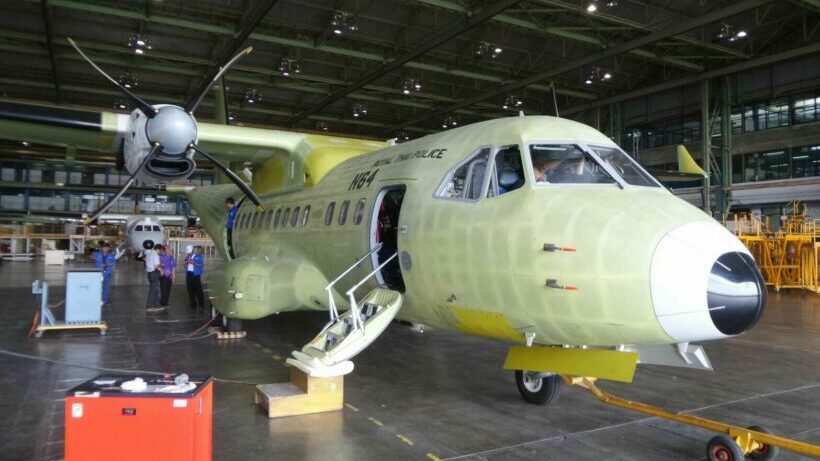 The National Anti-Corruption Commission is nearing a conclusion in their case of police planes being allegedly used to smuggle liquor out of Hat Yai, a southern Thai province, to Bangkok, says deputy secretary general of the commission, Niwatchai Kasemmongkol.

Niwatchai’s comments are in response to a post on the Facebook page “@Watchdog.ACT”, which brought up the investigation into the case. The alleged smuggling case dates back to March 2018 when 2 planes from Royal Thai Police were allegedly seen taking liquor from the Hat Yai International Airport in Songkhla to the Thai Aviation Division in Bangkok.

The 20 cases of liquor were covered with black plastic bags that were transported onto a truck while 2 police officers allegedly watched over the operation. ASEAN now says the operation went on for 2 years because the investigation was hindered by the accused officers’ continual rise in the police ranks.

The Nation Thailand says a similar incident happened 2 months after the March incident, which drove related agencies to file a case with the NACC to prompt an immediate investigation.

Lowseasonlover
16 hours ago, Soidog said: Doesn’t make sense to me either. Can you “buy” booze much cheaper in Hat Yai than in bkk to make it worthwhile transporting it. All seems odd and like a story from prohibition U.S It's…
Stonker
19 hours ago, Thaiger said: ..... file a case with the NACC to prompt an immediate investigation. "an immediate investigation" Immediate? ... three years so far. 3 hours ago, Soidog said:  Anyway, it’s keystone cops stuff so doesn’t really matter.  It "doesn't…
Stardust
1 hour ago, MrStretch said: Hat Yai is also in Thailand (though many people seem to forget that fact), so how do they avoid the tax?  Surely not by buying it in Malaysia, which has even high taxes on liquor…
Stardust
4 hours ago, Soidog said: Thanks. Yes I’m aware of the tax on liquor and wine. Maybe I need to reread the article. As someone else has said, if this was already in Thailand then how is it smuggling. Surely…