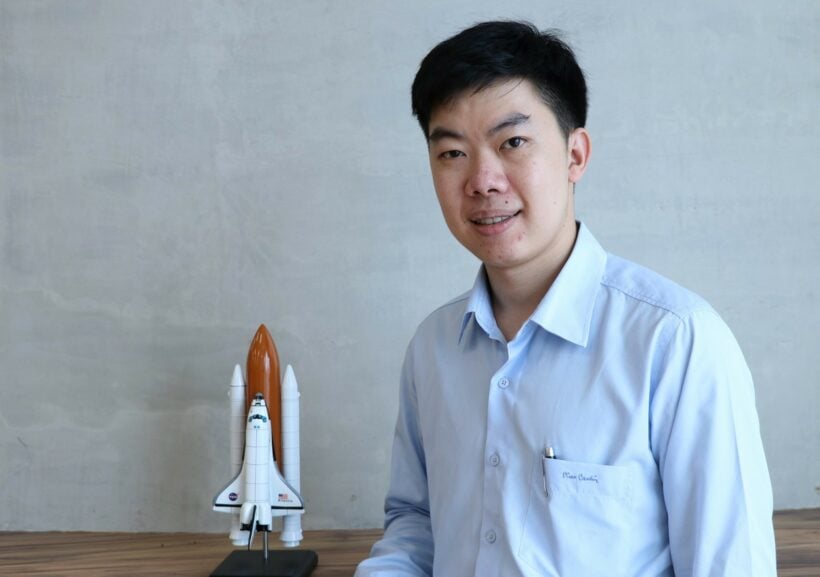 Space and satellite company mu Space is sending its first experimental payload beyond the Earth’s atmosphere and it wants to include a list of space fans’ names on it.

The Thai-based company is encouraging the public to write their names on a signature board installed at mu Space’s booth (Experiencing Zone 4) during the Techsauce Global Summit. The event is happening on June 22-23 at The Centara Grand at Central World in Bangkok.

A video posted by mu Space on YouTube explains that the names gathered from the Techsauce Global Summit  will be flown to space.

“This space initiative is the first in Asia and this is something Thais should be proud of. It shows Thailand’s capability to join the space race and create history”, said mu Space’s project lead Chaiyos Kosalakood.

“mu Space will send my name to space, your name, and the names of everyone who wants to join this space mission. This initiative is an initial step to make our dream of travelling to space a reality. We would like to invite everyone, both the local people and foreign expatriates in Thailand, to be part of this,” Chaiyos continues.

If all goes according to plan, mu Space’s payload will reach 100km above the Earth’s surface, where a reduced effect of gravity or weightlessness can be experienced.

mu Space’s payload box weighs 11kg and will be stowed aboard a sub-orbital space rocket. Aside from the list of names gathered from the Techsauce Global Summit, the payload will include several scientific experiments from universities and space research agencies based in Thailand.

“Later on, we will open a competition for students to research and develop their own space products. The winning product will get a chance to be flown outside of the Earth. mu Space will make that happen,” Chaiyos concluded.