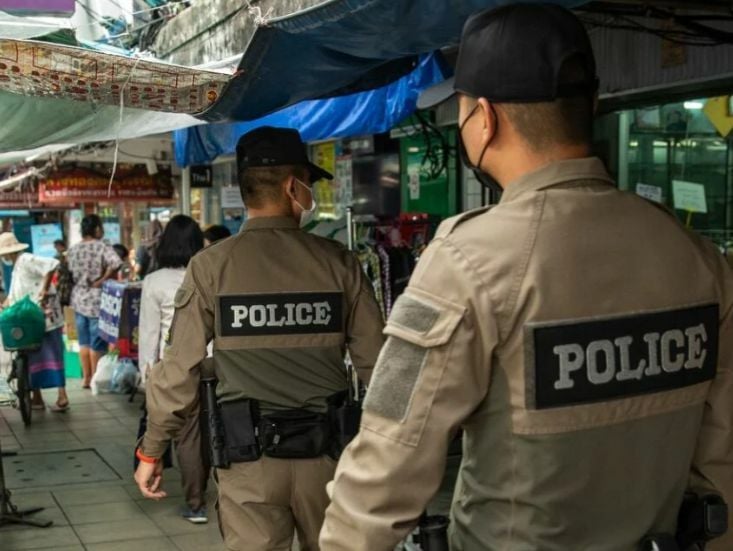 A Thai woman in northern province Phrae went to the local police station to report that a spirit was harassing her. The 39 year old market vendor who sells boiled corn told police the spirit was trying to possess her body and causing her heart and abdominal pain, according to the Thai media outlet Thairath. She tried taking medicine, but it did not help. She says the spirit has been harassing her for 3 months.

The woman tried a ritual with blessed water to rid the spirit. Apparently, it worked for a short time, but the heart and abdominal pain returned. Convinced that the pain was due to a spirit, the woman went to the police for help.

Since the spiritual world is a matter of belief, and police don’t do paranormal investigations, the vendor was told to go to a temple. A report in Thai media says the woman will do another magical bath to get rid of a spirit.

In Thailand, which has a superstitious culture and spirit houses outside many homes and businesses, reports of hauntings are not uncommon. Sometimes, police do step in when there is a report of a ghost.

Back in 2017, police stepped in to help a village that was said to be haunted. The Bangkok Post reported that a district police chief wrote a letter to the local police commander asking him to send police to help provide security for a village haunted by the legendary Thai ghost “phee pob.” In Thai folklore, the ghost can possess a human, causing them to eat raw meat. In this case, the village chief claimed the ghost led to the deaths of 4 animals and caused 4 residents to get sick.

JohninDublin
Many years ago, Scotland Yard had a section call "The Ghost Squad". That's who should be investigating this.
Objectivance
15 minutes ago, Soidog said: It’s like living in a real world comedy sketch most of the time.  To be faaaair, that's been the entire world, since early 2020. Pure comedy.

PapayaBokBok
I guess the trick is to always wear a small spirit house around my to keep bad thais away from me, sorry buddha..shouldnt she visit a monk instead of calling the police? If I ever get pulled over on my…

riclag
Years ago one of my Teelacks asked me to please watch a Pmovie with her that started at 11pm !  I'm thinking this must be some scary  khee !  Low in behold  it shouldn't of  been on the sci fi…

Guest
Now imagine how covid scare campaign affect them, they terrified thinking they living dead, marked man, add to it no vaxxene and they in to panic mode 24/7 triple masking.

No foreign tourists to arrive tomorrow, the first day of “Samui Plus” reopening

Police warn to be careful about adding friends online, some aren’t real friends