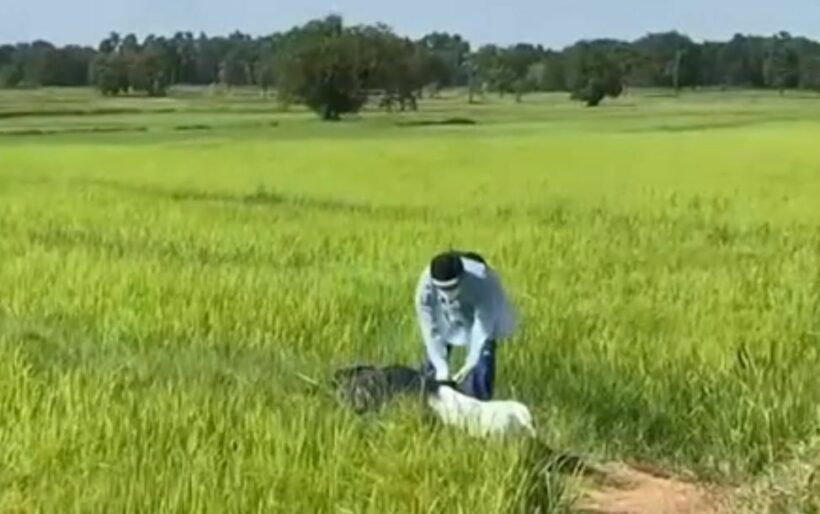 A man was shot and killed at a rice field in the Isaan province Maha Sarakham. Yesterday, a villager walking in the rice field found the man’s body and she called the police. Reports say the man was shot five times. One wound was in the neck, one in the back and three shots in the torso.

Officers identified the man as 36 year old Nikorn Buamas. His mother told police she had last seen her son on Sunday. With news that her son had been shot and killed, she quickly arrived at the scene. She questioned how someone could murder her son, telling officers that he was a “simple man” and an “introvert.” She added that his profession was cutting wood and selling it to other villagers to earn income.

Police are investigating to identify and arrest a suspect. They are also looking into Nikorn’s personal life to see if he was involved in drugs and if he had any conflicts. Officers say they don’t suspect someone from the small village shot Nikorn.