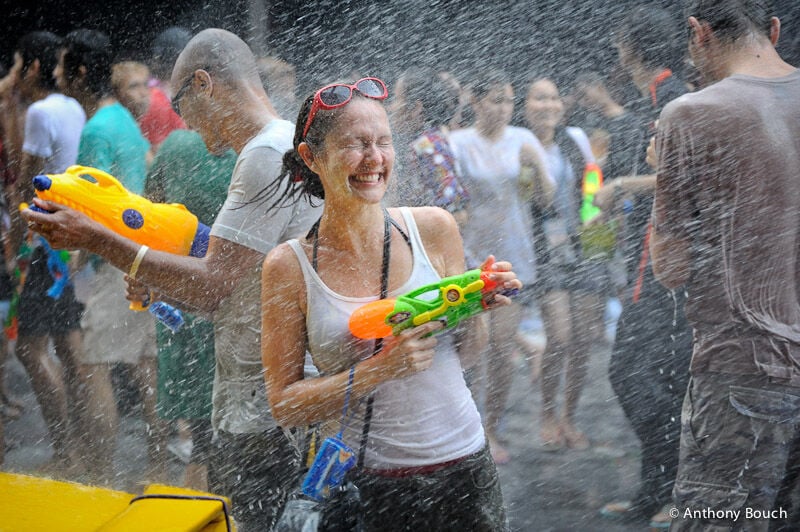 A recent poll has revealed that a majority of Thais are ok with limiting or banning this year’s Songkran water splashing activities. The National Institute of Development Administration conducted the poll via telephone interviews with around 1,315 people over the last 2 days.

But a majority of respondents, about 35%, said they would not be worried about the virus spreading, citing that people know how to protect themselves. A majority of pollsters, about 44%, also placed road accidents ahead of the Covid virus as being the most worrisome.

Water splashing did not seem be more important than keeping the Covid-19 virus from spreading as about 82% said they would forego the water activities if it meant keeping the virus at bay.

The respondents echoed recent announcements by Thailand’s Culture Minister, Itthiphol Kunplome, who says that, while this year’s Songkran holiday will go ahead, activities such as water splashing, foam parties, and the daubing of powder paste are likely to be banned. He added that the Bangkok Metropolitan Association may decide to close Khao San Road, which is normally a water fight epicentre.

The Bangkok Post reports that this year, the Thai New Year holiday can only be marked with traditional customs, such as the pouring of water over Buddha statues, paying respects to the elderly, giving food to monks, and other merit-making activities.