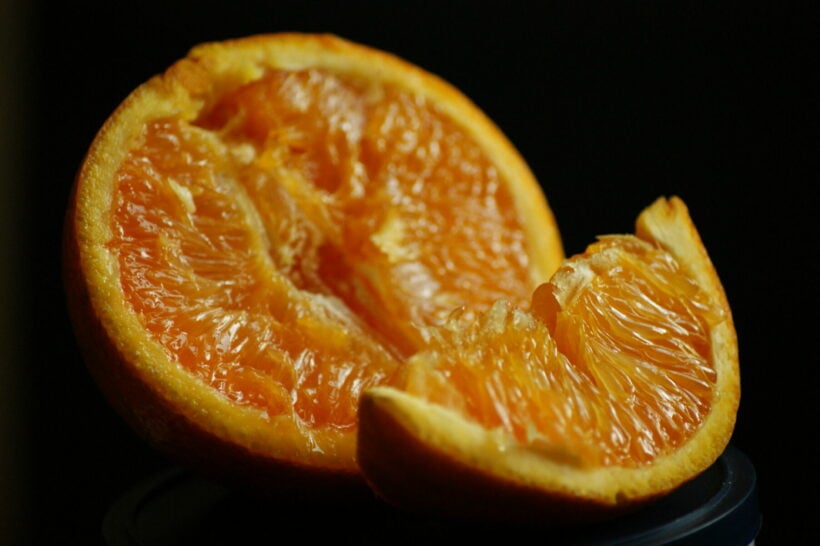 5 officials from the Excise Department are currently under investigation for allegedly asking for a 12,000 baht “fine” from a shop proprietor who had filled a substantial order for orange juice. The officials had been working in Bangkok at the time of their orange juice related fine giving.

The 5 Excise officials have since been transferred to a different office while the investigation is underway. The office they were transferred to has not been given to the press.

The officials “fine” came after a Facebook user, identity not given, had expressed her joy at getting an order of 500 bottles of orange juice through her shop.

The woman used a good deal of her stock to fill such a sizeable order. However, the next day she found she had been “set up”.

Much like Hollywood film from the late ’90s to early 2000s, the officials and the customer? The same person (people).

The officials did not request the 12,000 baht immediately. They ate steaks first. Then, they looked for the 500 bottles of orange juice that had been ordered. They then surprised the shop owner with a 12,000 baht fine for the “unlicensed production of orange juice”, says the woman.

Yesterday, a spokesperson from the department, Nathakorn Uthensut said he received a complaint that a proprietor had paid a tax. The complainant alleged that some beverage makers were making inadequate products and did not pay the “tax”.