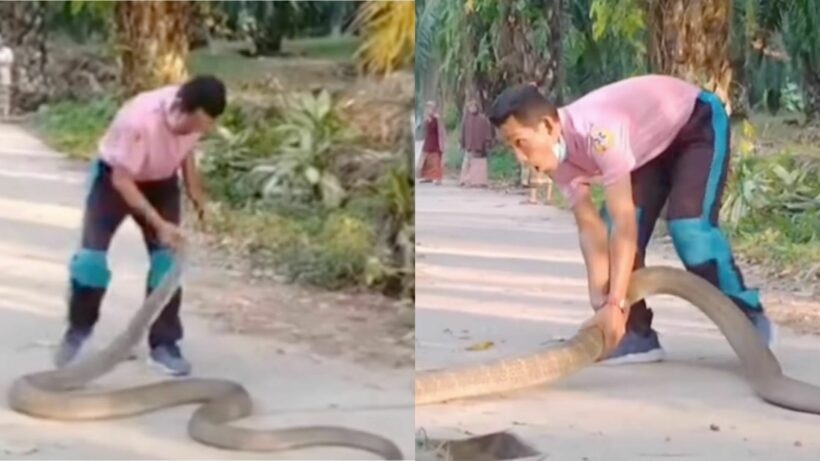 A volunteer from the Ao Nang rescue team in southern Thai province of Krabi caught a giant king cobra with his bare hands. The 4.5 metre, 10 kilogram snake was reported by the residents after it slithered into a palm plantation. The giant cobra tried to hide in a septic tank near locals’ houses.

It took 40 year old volunteer, Sutee Naewhaad, over 20 minutes to catch the snake and put it into a bag. He tried hard to catch the snake on its neck. He was able to get the snake onto the road and finally grabbed its neck. The snake catcher shared with Thai media that this king cobra might have been looking for its mate because another cobra had recently been killed by locals. He says that his snake-catching skills came from the training, adding that the work is “dangerous and no one should try to catch a snake without a professional”.

Domestic vacationers, not international, will be majority of Phuket hotel guests