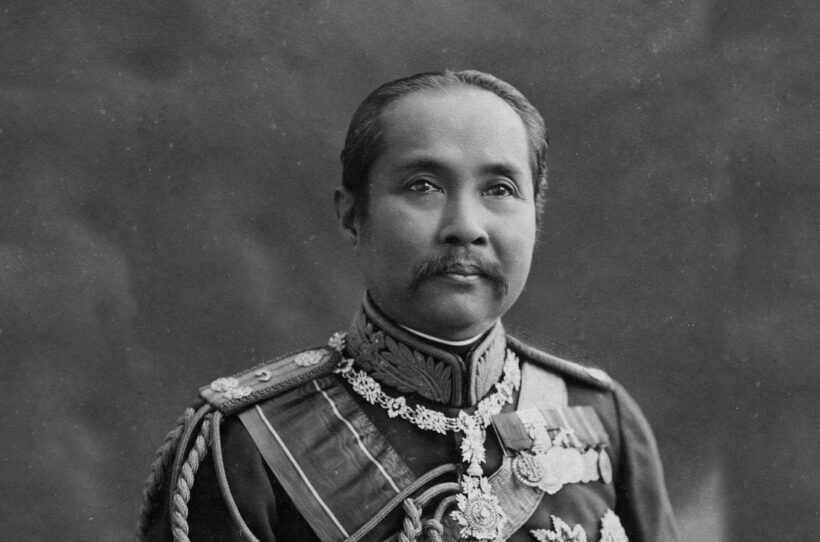 October 23 is a national holiday in Thailand as it marks “King Chulalongkorn Day”, known in Thai as “Wan Piyamaharaj Day”. He remains highly revered in Thailand and his portrait can often be seen, alongside the current King Rama X, in homes, shops and halls around the Kingdom.

King Chulalongkorn is the fifth monarch of Siam under the House of Chakri. He is the son of King Mongkut and the great grandfather of the current King of Thailand, His Majesty the King Maha Vajiralongkorn. He came to be known in the west as the young prince in the Hollywood musical “The King and I”, which portrays the story of an English teacher in the court of King Mongkut.

Before his coronation, King Chulalongkorn studied various branches of arts and sciences such as Royal Tradition, Public Administration, Archaeology, Pali, English, Military Science Wrestling, Weapon Using, and Engi neering. He visited Singapore and Java twice and India once. He travelled to observe the political systems and administration of the European colonists who came to govern many regions in South East Asia. He brought back knowledge and technology to apply in the governing of Thailand. Royal traditions such as uniforms, haircuts and audiences with the king were adapted to a western style.

He was ordained as Buddhist monk for a short time during September 15 to October 11, 1873 and then was coronated officially on October 16, 1873 to announce absolute kingship to the people of Siam and the world.

King Chulalongkorn is considered one of the greatest kings of Thailand. His reign from 1868 to 1910 was characterised by extensive social and economic development, including the abolition of slavery and state labor service. He is also famed for his ardent Thai nationalism, and for his skill in fending off the threat of European colonialism, despite the fact that large tracts of Siam were ceded to the Europeans during the period.

King Chulalongkorn managed to prevent Thailand from being colonised by extending friendship and travelling extensively to western countries like America, Great Britain, France and Russia. Because of this, Thailand remains as the only country in South-east Asia to have never been colonised.

Besides that, King Chulalongkorn was the first Thai King to send the Royal Princes to be educated in Europe. Throughout Chulalongkorn’s reign, outspoken writers could have their works published for the first time. Works that were previously banned were allowed to be read by the public once again.

King Chulalongkorn was perhaps best known for his abolition of slavery. In 1900 the Employment Act stated that all workers should be paid. The most important royal contribution was the announcement of Slave Abolition Act. Slave Abolition made him the Beloved Great King of all people of Siam.