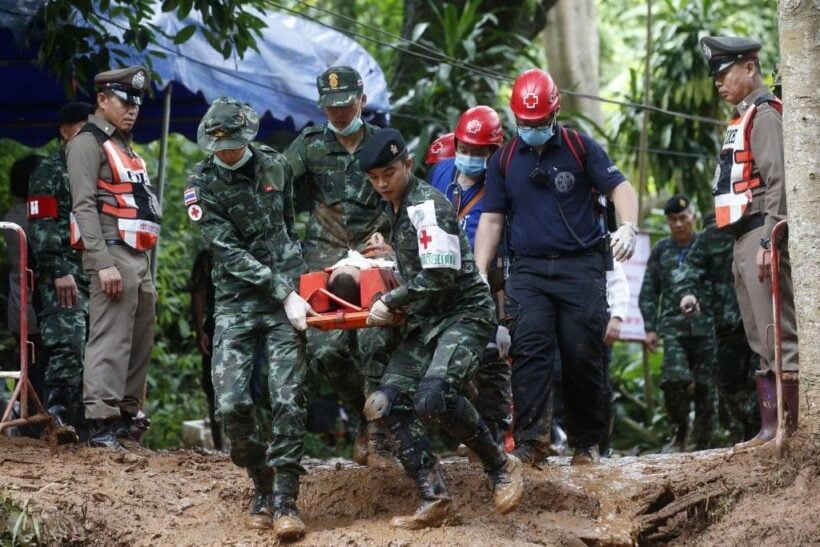 His Majesty the King has awarded 187 people, including 115 foreigners, with The Most Admirable Order of the Direkgunabhorn for the rescue of the Mu Pa football team last July.

The announcement in the Royal Gazette reads the government recognises that those people who helped those in peril performed good deeds and deserved to be honored.

They will be granted the Most Admirable Order of Direkgunabhorn.

The Most Admirable Order of the Direkgunabhorn was established by King Bhumibol Adulyadej (Rama IX) on July 22, 1991 to be bestowed upon those who have rendered devotional services to the Kingdom of Thailand.

The title Direkgunabhorn (ดิเรกคุณาภรณ์) roughly translates as “Noble order of abundance and quality.”

Deputy PM promises ‘no coup’ after the election