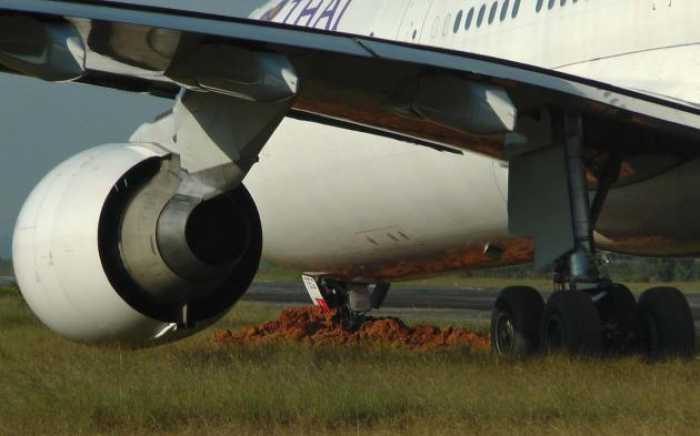 PHUKET: All flights to and from Khon Kaen Airport have been cancelled in the wake of an accident involving a Thai Airways International aircraft, which skidded off the runway on Monday night.

With operations to salvage the Airbus A330 continuing, the airport was unable to accommodate any landings or takeoffs yesterday.

Khon Kaen Airport yesterday opened its doors to passengers with confirmed bookings for flights departing the facility so as to facilitate their transfer to Udon Thani Airport, where they could catch flights to Bangkok. Bus transfers were provided for the passengers.

Flight TG407 was carrying 246 passengers, 11 cabin crew and two pilots when it skidded off the runway on Monday night. There were no casualties, nor any damage to cargo.

The wheels of the aircraft, however, sank deep into the ground off the runway.

After the accident, the national carrier arranged accommodation for all passengers before arranging their flights out of Udon Thani. The bus trip to that airport took more than an hour.

Yuttaveep Jirayuvattana, the owner of a big tannery business, complained that the accident had affected his business.

“From the viewpoint of a businessman, there are significant impacts. In addition to the waste of time, workflow faces a hiccup because my staff have to wait for my decisions,” he said.

He was speaking as he waited to board a flight in Udon Thani yesterday.

Saranya Sirichayangkool said she was supposed to fly out of Khon Kaen to Bangkok yesterday morning for an appointment with a doctor before flying back the same day.

His Majesty treated for diverticulitis