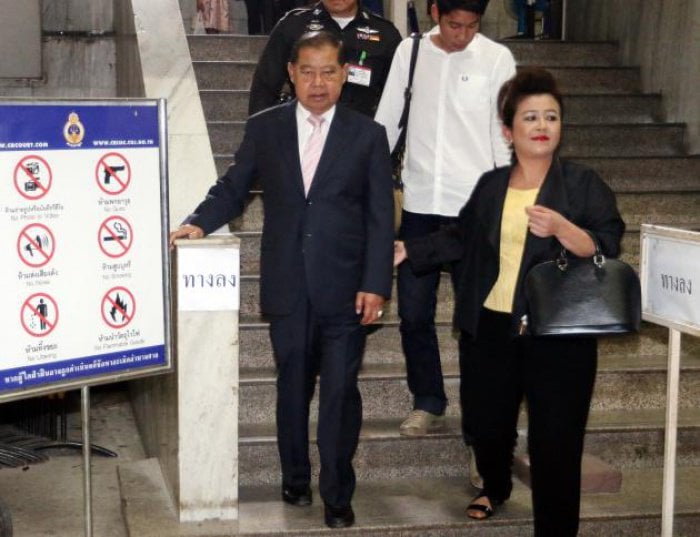 They had encroached on a large plot of state land in Kanchanaburi and turned it into a farm 14 years ago. Mr Pracha is a former influential kamnan (subdistrict chief) in the province.

The Criminal Court added a one-year term to Mr Pracha’s sentence for another case of land encroachment in the same province, following a court verdict last year, taking his total punishment to 12 years and four months.

Mr Pracha, 72, and Khmephorn Tangjaiyen, 49, were later released on 1.1-million-baht bail each after saying they will appeal the verdict.

Both were initially sentenced to 17 years for encroachment and exploiting protected state land, but the terms were cut by a third after they gave useful information.

The judges also ordered workers and their homes to be removed from Khempracha Farm in Bor Phloi district, first occupied in 2001.