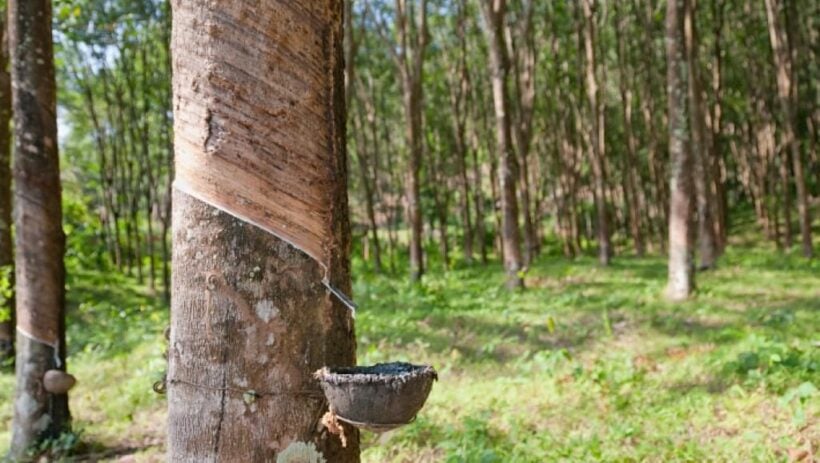 About one third of all the rubber in the world comes from Thai forests, many in the southern regions. But a sudden drop in Chinese demand has compounded a longer term global oversupply crisis to push prices off a cliff.

Countries like Vietnam are benefiting as manufacturers migrate from China to avoid punishing tariffs on exports to the US.

But in Thailand, the price of rubber has slumped 20 per cent since June, as those same tariffs bite hard on demand from factories in China – the market for more than half its latex exports. Some of Thailand’s rubber workers are being forced to abandon their plantation jobs for factory work.

“I couldn’t feed my children anymore,” said Annita, who used to work 10 hours a day harvesting latex in Chiang Rai, northern Thailand, making just 230 baht a day, less than the minimum wage and half the going rate several years ago.

So she has taken a job at a packing plant earning around 300 baht daily.

“Nobody wanted to stay. The plantation owner can’t find workers anymore – the work is too difficult for the wages,” she said.

While the plight of US soybean farmers hit by the tariffs has grabbed the headlines – they face a 25 per cent levy to access China, the world’s biggest soybean market – other troubles are quietly brewing across the world.

Read more about this by-product of the US-China trade war HERE.

Police searching for owner of weapons hidden in bushes