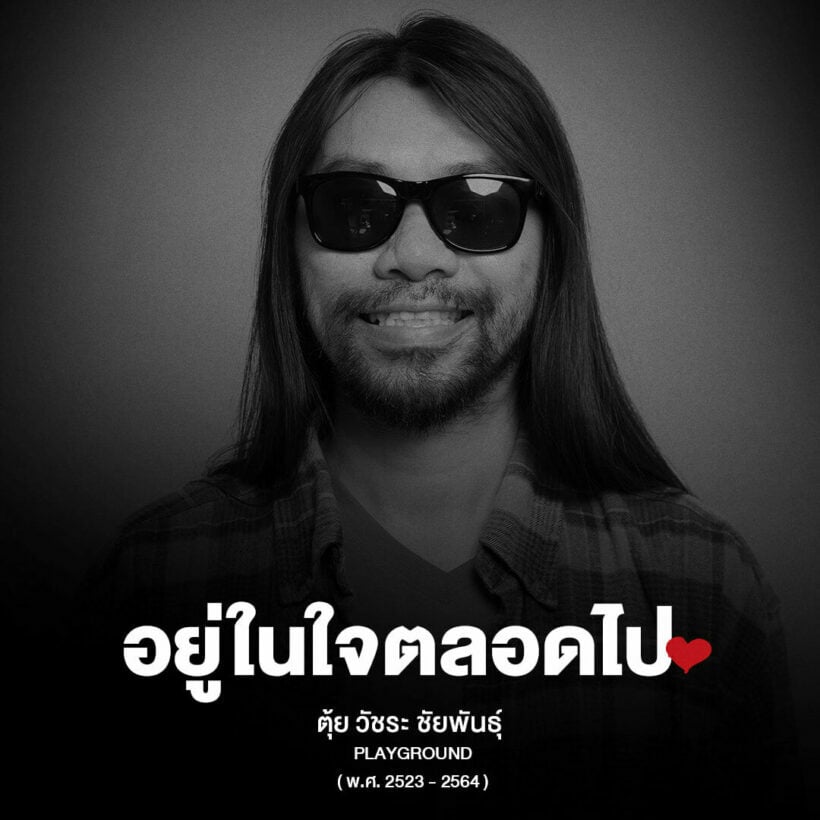 The guitarist from a well known Thai, alt-rock band “Playground” died in a fatal car accident yesterday morning. The band is seeking the public’s help in providing footage from the incident.

41 year old Watchara “Tui” Chaiphan was involved in a road accident just before 8 am. He was riding a classic motorcycle when he crashed into the back of a truck that was parked on the leftmost on Kallapapruek road. His bike overturned. Watchara’s neck broke instantly and death followed.

Watchara’s bandmates sought any potential witnesses help. On Facebook, they asked if anyone passing by had a front camera that recorded that accident would come forward. Also, a female college student who reportedly attempted to help Watchara is asked to provide more details to assist the police investigation.