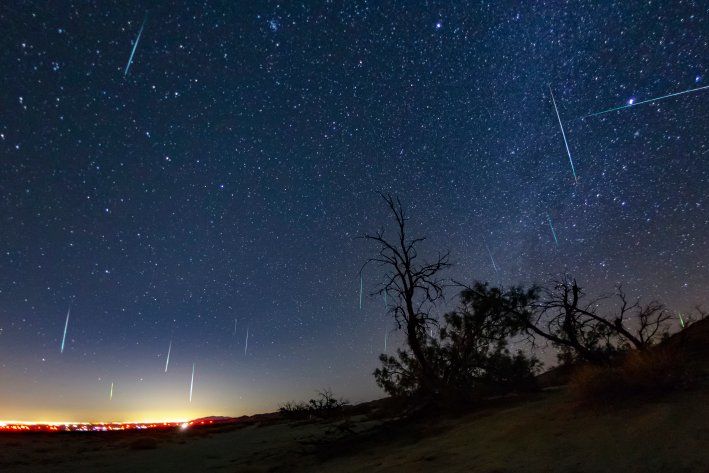 Tonight you may want to step outside from 8pm onwards as one of the most abundant meteor showers will grace the sky. The Geminids can be viewed nationwide tonight starting at 8 and will last until the early hours of tomorrow. The National Astronomical Research Institute of Thailand says about 120 bright meteor showers per hour will be visible with the naked eye in the northeastern direction with the chance for clear skies being good as the New Moon will make the night sky darker.

According to the American Meteor Society, the Geminid meteor shower is associated with an asteroid, and not a comet, like most other meteor showers. This asteroid, known as “3200 Phaethon,” orbits around the sun and spits out dust when it is closest to the sun.

In the first few weeks of December, the Earth is near the orbit of 3200 Phaethon and on December 14th of every year, Earth is closest to the orbit of the asteroid, which leads to the shower. There will also be intervals — some that will last as long as 15 minutes — where nothing is seen since meteor activity fluctuates during a shower. It’s also recommended that people watch the sky for as long as possible to give their eyes time to adjust to the darkness.

The next meteor shower will be Ursids, which will be active from December 17 to December 26 and peak between December 20 and December 22. This shower will only be visible from the northern hemisphere.

Bangkok, at least, has been steeped in cloud and haze for most of Sunday and won’t provide much of a view.