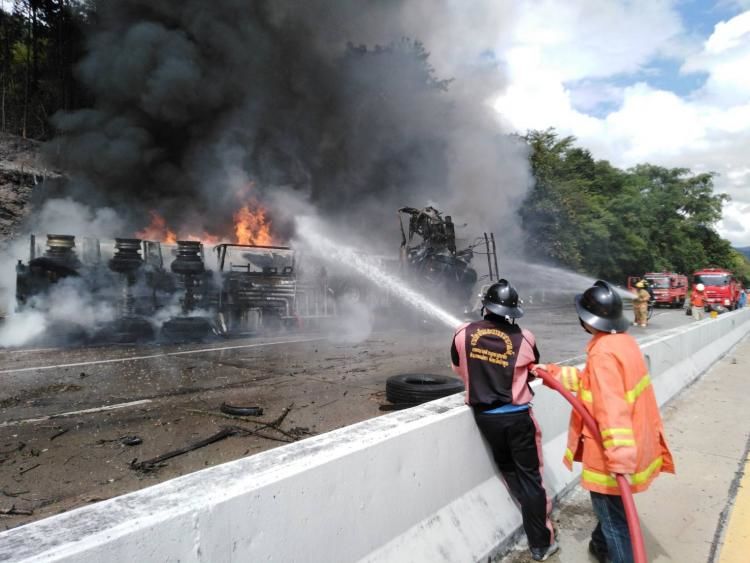 A fuel tanker truck driver died yesterday in the northern province Lamphun after crashing into a car. The truck carrying fuel overturned and caught fire. 59 year old Nikom Kamchan’s body was found near the wreck after firefighters extinguished the fire. It’s the second fuel tanker fire in the past week.

29 year old Patcharin Somsawan says he was driving downhill and going around a curve when the truck hit her car from behind. The truck flipped upside down, bursting into flames. Patcharin says she suspects brakes on the truck failed as it was driving down the hill. Police are still investigating.

Just last week, a fuel tanker exploded after a collision with a trailer truck in the Isaan province Buri Ram. Both vehicles were engulfed in flames after a series of explosions. Thousands of litres of fuel spilled out onto the road, spreading for about 1 kilometre. The drivers were able to flee before the first explosion.