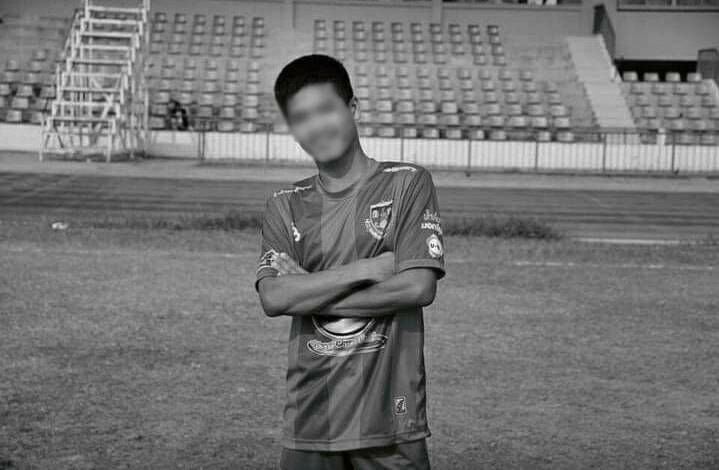 Photo of Prem posted on ANTI SOTUS Facebook. Photos of the deceased in Thailand are in black and white as a sign of mourning and the face blurred out of respect for privacy.

A freshman university student died during a hazing incident where he was reportedly beaten by students and forced to drink lao khao, a Thai distilled spirit. The 19 year old was punched in the stomach and face. At one point, he became unconscious. He died on the way to the hospital.

The activist group ANTI SOTUS, which is against the hazing culture at Thai universities, posted information on the freshman’s death on its Facebook page, saying the first-year student, Padyos “Prem” Chonpakdi was attacked by senior students in the Rajamangala University of Technology Isaan in Nakhon Ratchasima.

Prem was punched on the stomach and face. At one point, Prem lost consciousness and a student tried to administer CPR to revive him. He was sent to Fort Suranaree Hospital which was over 20 kilometres away, but he died on the way. From an initial examination, the doctor found that Prem was infected with Covid-19 and the virus has affected his lungs.

The officers from Mueng Korat Police Station and the university have already received the report on the case. The university confirmed the death happened during a hazing off campus, but still didn’t know much about the details, adding that they will investigate the incident and punish, and possibly expel, students who were involved.

Shark
12 minutes ago, DoUKnowWhoIAm said: Utterly sickening behavior! At the very least, those responsible should be put away for a long time. all of them not just a part. but most likely some 'famous' family will use 'money' to keep…

Soidog
Utterly sickening in the “Land of Smiles”. Is this what they mean by “Thainess”? Makes me sick to hear those kind of phrases.
HolyCowCm
This is just intolerable BS that should be thoroughly made sure it’s not going to happen. I am so glad that at CMU both my kids especially my son had zero hazing. It was more happy hello camaraderie. Even…
Graham
This will end up being another one swept under the carpet with zero repercussions against anyone. TIT.
Tim_Melb
All hazing needs to be eliminated not covered up the culprits need to be jailed. I remember walking into a room to find a trainee being thrown into a chemical sink when I first started working. I knew I would…