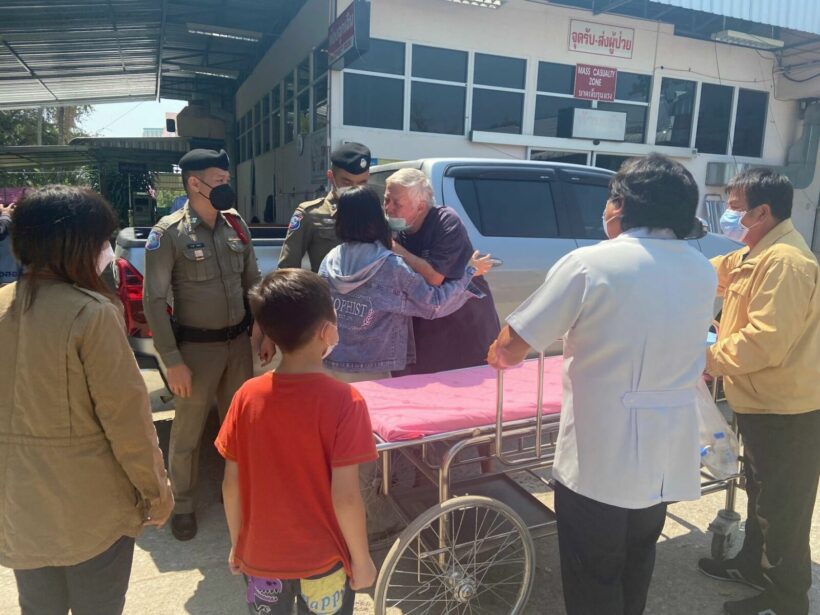 More than 200 people teamed up for a rescue effort to find a French expat with Alzheimer’s disease who went missing in Chiang Mai. He was found the next morning in an abandoned temple in a forest.

The 70 year old man says he was driving to the French Embassy in Chiang Mai when he forgot the way home. His car ended up running out of batteries and he started walking to seek help, but walked into a forest where he got lost.

The man’s Thai wife reported that her husband went missing after he drove 16 kilometres from the Hang Dong district to the French Embassy located at Mueang district.

The officers checked his last phone signal and found it around Doi Tao District. Police and over 200 locals teamed up to search for the expat. The authorities flew a drone with an infrared camera over the area to detect body temperature. The next morning, an officer found the man at an abandoned temple in a forest about a kilometre from the main road.

The Frenchman was suffering from exhaustion and immediately sent to a hospital.

Poolie
15 minutes ago, Wayan said: I had something important to add but I forgot it. That's alright, you'll remember in the middle of the night, but forget where your computer is. 😀

Pinetree
25 minutes ago, Grumpish said: If you have ever been through the pain of having to care for someone with Alzheimer's you would know how difficult it can be just to try and be responsible for them. Hide the keys,…