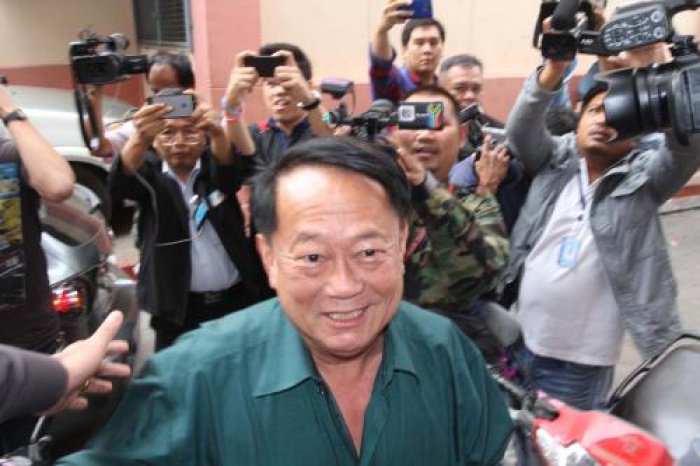 Immigration Police arrested Chaowarin at Suvarnabhumi Airport at noon, as he was about to board a flight. The 70-year-old former politician was taken to a Bangkok court to apply for his first 12-day detention period pending police interviews of five more witnesses.

An arrest warrant issued by the Criminal Court alleged that Chaowarin and his accomplices last May hacked an e-mail to deceive the firm into wiring him 11mn baht. The hacked e-mail deceived the company BPC into thinking the new account belonged to TPI Thailand. It was later found to belong to a charity organization that Chaowarin was a member of. The Cambodian was aiming to buy the cement from TPI Thailand.

Chaowarin maintained his innocence and said he did not know where the money came from. He assumed it was for a charity donation – so it was spent accordingly.

The Ratchadapisek Criminal Court later yesterday released Chaowarin on a bail guarantee of 1mn baht and prohibited him from leaving the country unless he is permitted by court.