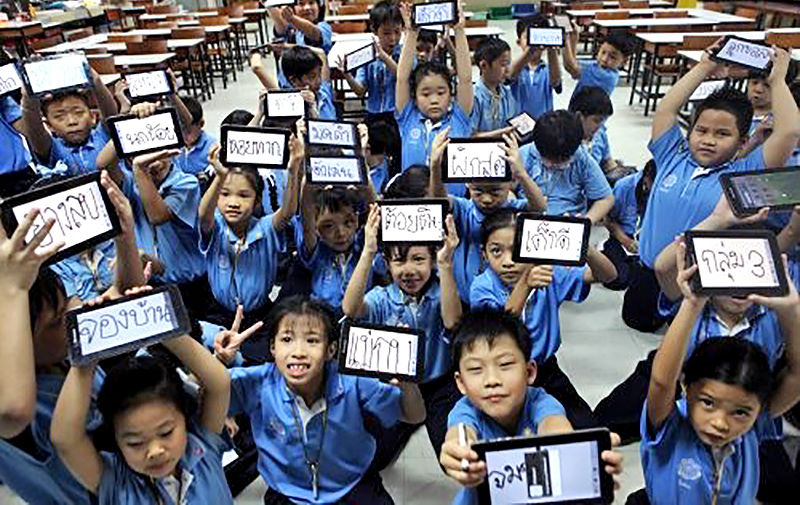 The government has done a swift U-turn on last week’s plans to purchase tablets (iPads and the like, not medicines) for Thailand’s students for home learning during the Covid-19 crisis.

“We will ask for digital TV channels from the National Broadcasting and Telecommunication Commission for teaching via Digital Learning Television,” according to Bangkok Post.

Last Wednesday the minister said he would seek a budget from the government to purchase tablets for high school students in state schools across the country. All schools have been closed down with Thai public schools now remaining closed until at least July 1 this year.

The idea of buying computers and tablets for students first came from former Thai PM Thaksin Shinawatra back in 2005. But the Education Ministry has tried, and failed, before to introduce publicly funded digital tools for students with either the proposed budgets blowing out or caving in under criticism from the public over the waste of public money.

The proposed “One Tablet per Child” program was ditched by the newly installed military government shortly after it came to power in 2014. 4 billion baht had been allocated for the program.

The Education Ministers says he is now collecting information from schools around eh country to find the most appropriate way to continue educating students at this time. He added that schools cannot reopen “until the safety of pupils can be guaranteed”. He said the ministry will have to readjust the Thai education calendar to ensure that lost classroom time can be made up.