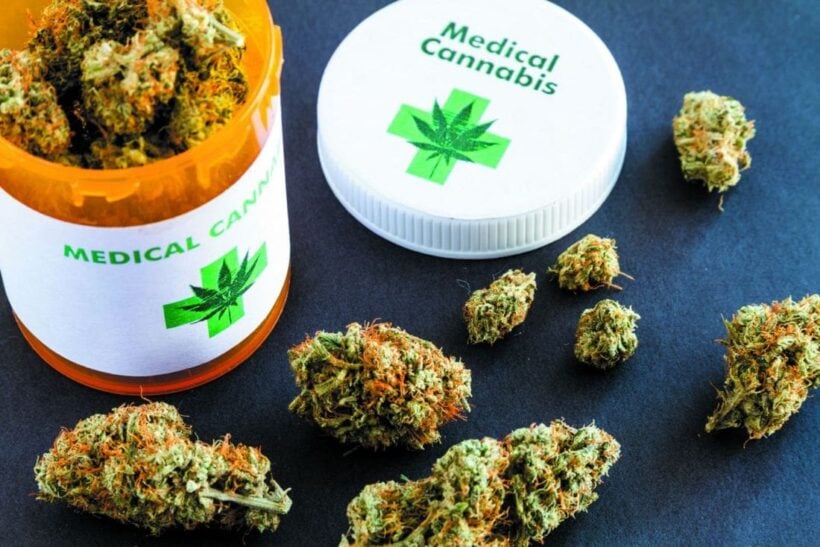 A medical lecturer is cautioning policy-makers against rushing to legalise marijuana, even if it’s just for medical use.

“Beware of becoming stupid, poor and hurt” read the title of a social-media comment posted by Assistant Professor Dr Thira Woratanarat in response to calls to fast-track medical-marijuana legislation.

The Nation reports that Thira, who works at Chulalongkorn University’s Faculty of Medicine, also posted details about findings from foreign studies, which show that cannabis does not quite live up to some of the claims.

Last week, Government Pharmaceutical Organisation chairman Dr Sopon Mekthon told a seminar that cannabis extracts would be ready for use as early as next January, if the Food and Drug Administration were to issue an announcement declaring it legal for medicinal purposes.

Professor Dr Thiravat Hema-chudha, a senior medical lecturer at Chulalongkorn University, has also been calling on Thailand to act quickly, pointing out that Britain took just six weeks to effectively legalise marijuana for medical use. Both have mentioned the many medical benefits of marijuana. Yet Thira is unconvinced.

“I don’t know if they are looking for research funds or if they have any hidden agenda, but I want to present academic information,” Thira said on social media, without mentioning anyone by name.

Thira says he is speaking out of concern that policymakers may not have received well-rounded information before making a decision that would affect an entire nation.

“The impacts will be huge,” he predicted.

According to him, a meta-study had already examined more than 1,000 academic articles in a systematic review of medical cannabinoids.

“Cannabis extracts may ease chronic pain, but the effects are no better than alcohol consumption. If one has a 0.8 blood-alcohol level, one will not feel that much pain either,” Thira said.

He added that it should also be noted that most studies touting cannabis as a painkiller have monitored its impacts for no more than two months.

“Studies monitoring the impacts longer than two months have found that cannabis is not an effective painkiller,” Thira said.

The medical lecturer reckoned the meta-study had concluded that cannabinoids helped with nausea and vomiting after chemotherapy, and delivered some improvement in spasticity.

“But before we start growing cannabis in the hope of developing medicines based on cannabinoids, we need to conduct comprehensive and large-scale research first. Proceed carefully to determine if efforts will be worth it and cost-effective,” Thira said.

He added that the largest concern was the proposal to remove cannabis from the list of narcotics.

“How will you control the use of marijuana then? Are you sure it will not leak out of the patients-only stream to the general public?” he asked.

Personally, he said, he does not believe Thailand should push hard for the legalisation of marijuana.

“Many countries that have legalised marijuana have started realising that this move is leading to many problems,” he said.

He explained that it will be difficult to control the substance once it is declared legal for medical purposes, because some people might start complaining about pain just to get their hands on the narcotic.

“If marijuana is abused, there could be an increase in road accidents and sexual crime,” he said.

“We should not be taking such a risk.”

Thiravart yesterday argued that one should have the courage to step outside the box and push for development based on what is useful.

“We can develop and apply, but of course, we need to conduct extensive research to ensure that our efforts will be fruitful and effective,” he said.

Thiravat said he will speak in favour of legalising marijuana when he attends a meeting with the Public Health Ministry-appointed panel on the legalisation of narcotics today.

“But I will insist that we put in place strict control measures to ensure marijuana is used for medical purposes only,” he said.

Separately, the National Legislative Assembly plans to hold a public forum to gather opinions on October 30 on the draft drug law that aims to legalise marijuana. More than 16,400 people have already shared their opinion on the plan via an online survey conducted from October 1 to October 15, and of them, 99 per cent back the idea of legalising some narcotics for a good purpose.