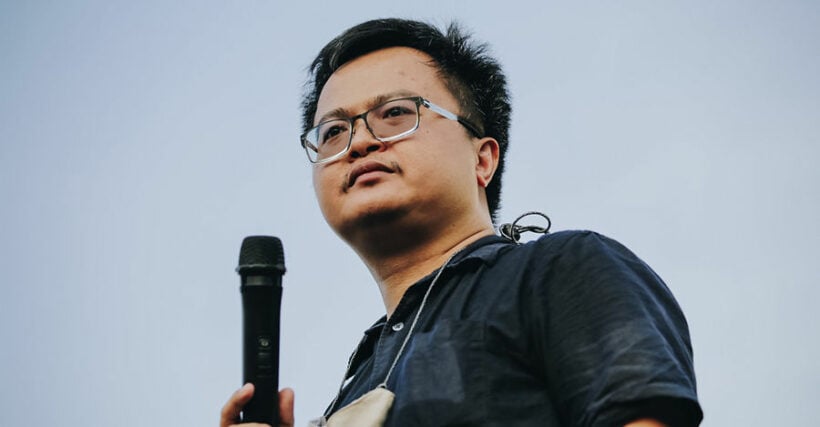 A prominent protest leader and human rights lawyer in Thailand, who is currently in court detention, was named in Time magazine’s “Time 100 Next” as an influential leader, calling him “the lawyer who broke the silence around Thai Monarchy.” The recognized activist Arnon Nampa is being held at Bangkok Remand Prison along with 3 other prominent protest leaders on lèse majesté charges which carry an up to 15 year prison sentence for insulting the Thai Monarchy.

Time Magazine says Arnon has Thailand’s establishment “quaking.” Arnon has been a leader in the recent youth-led pro-democracy movement in Thailand, demanding monarchy reform. The topic considered taboo in Thai society and a slip of the tongue on the subject can land you in jail. Arnon has been arrested multiple times on charges relating to the protests.

Arnon has energized young Thais with his demands to strip political power from the historically sacrosanct royal family and shred the military-drafted constitution. As a result, he has been arrested three times in recent months and charged with sedition. -Time

Another prominent protest leader, Panusaya Sithijirawattanakul, aka, “Rung,” was named in BBC’s “100 Women of 2020,” a list of women who are driving change in challenging times. The 22 year old also faces lèse majesté charges related to the protests.

The demonstrations are the largest since the 2014 military coup. The activists have been pushing for an end to the military-run government and for the resignation of PM Prayut Chan-o-cha, who is a former general. With the protest movement coinciding with the Covid-19 pandemic, many protesters have faced charges for violating the Emergency Decree. Some of the large demonstrations have also led to clashes with riot police who have used water cannons laced with tear gas to break up the crowds.

Many activists also face charges under the lèse majesté law. United Nations human rights experts have spoken out against Thailand’s “severe” use of the law, saying it’s been used to “curtail criticism of the monarchy.” Activists are now calling on the government to abolish the lèse majesté law, which is under Section 112 of Thailand’s Criminal Code.

Arnon says he was fearful about pushing for monarchy reform at first and wondered if it was too soon to raise questions about the Monarchy. But when he saw how many young people supported the movement, it gave him hope that Thailand can change, he says.

“We gave been living under the dictatorship for so long and the expansion of monarchy power had never been talked about. But when we can talk directly about it, it gives me hope that we can change our country.”