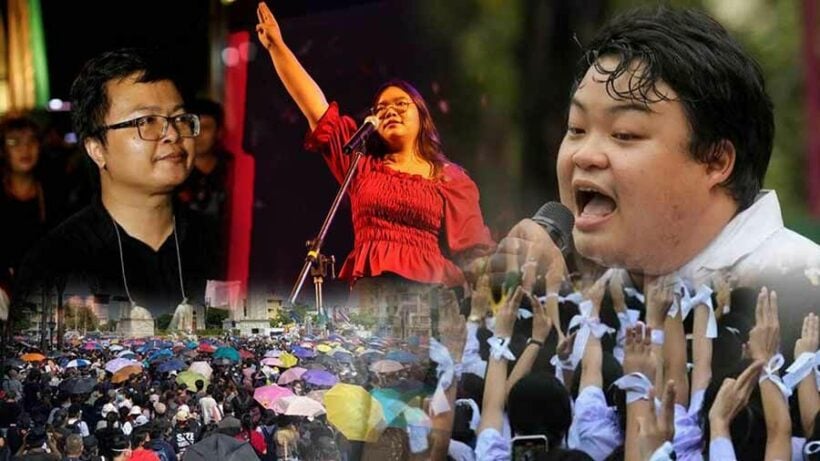 The leaders of the pro-democracy Ratsadon group are planning another rally, after the Office of the Attorney General pushed back an appointment with 18 activists to March 8. The 18 are being summoned to the OAG to hear charges of sedition and lèse majesté, following rallies at Sanam Luang in Bangkok on September 19 and 20.

Nation Thailand reports that supporters of the 18 gathered at the OAG yesterday, but were kept back by a cordon of police officers. Meanwhile, Panusaya and Panupong have declared their faith in the justice system and say their protests will continue. Panusaya says security will be improved at the next rally.

“We studied lessons from the violence during the protest in front of the Supreme Court on February 13, and we promise that security will be tightened at the next demonstration.”

Meanwhile, it’s understood the OAG also plans to charge 13 protesters on March 25 for their participation in a protest held at the German Embassy last October.