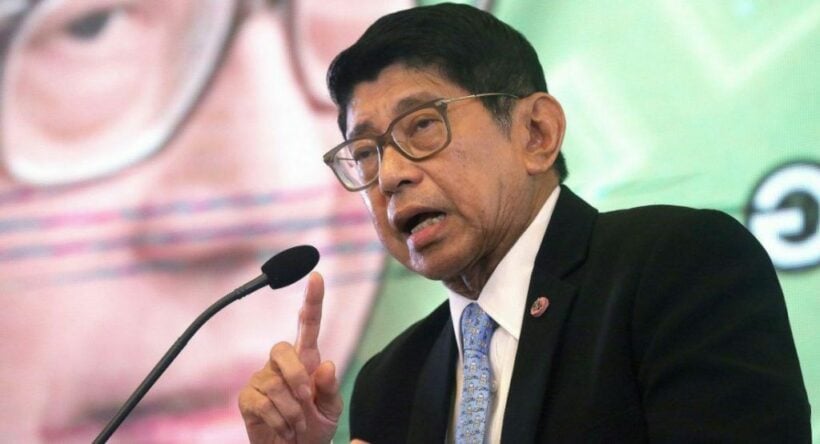 The Deputy PM, Wissanu Krea-Ngam, today demanded government officials to stop being rude and offensive to residents and avoid violating their privacy.

The deputy PM acknowledged the government system has changed in the modern era and civil servants and officials need to change with it and respect their residents’ needs. He led a panel on the New Era of Quality of Life – Taking Care if All Ages and Increasing Welfare Benefits, and addressed public health issues, education and managing government service.

The 70 year old warned officials to refrain from using profane, offensive language towards residents, violating privacy, and avoid scenarios which could lead to sexual harassment cases.

The deputy PM added that the draft of the Electronic Civil Service Act had been submitted and officials can now serve residents via their online channels, such as websites and mobile applications. He admitted the act would make the process easier for applying for a number of services including a passport, a marriage certificate, and signing divorce papers.

The exhibition was held yesterday and today at the Royal Paragon Hall, 5th floor, Sian Paragon.

Fanta
I wouldn’t smile if you paid me the crap salaries they get paid. You want the underpaid, underworked paper shufflers to smile then you need to MOTIVATE them. A 500 baht note gets me miles of smiles and the job done…

Cabra
Reminding people to be nice (not rude) is no different when the police warn us that laws will be "strictly enforced" ... Nothing changes, and whatever it is that was happening will continue to happen. That being said, I can…
Skip
16 hours ago, Fanta said: I wouldn’t smile if you paid me the crap salaries they get paid. You want the underpaid, underworked paper shufflers to smile then you need to MOTIVATE them. A 500 baht note gets me miles…
Fanta
Just now, Skip said: So you are saying that if you are paid enough you will perform... that's a prostitutes attitude if I ever heard it!!! Me? I pay so I don’t have to perform. I tell everyone that I…
Prosaap
If a thai make 600 a day how he will give 500 for tip for his service easy for you to give but you have to think about thai standarts if you not happy in your job go do something…