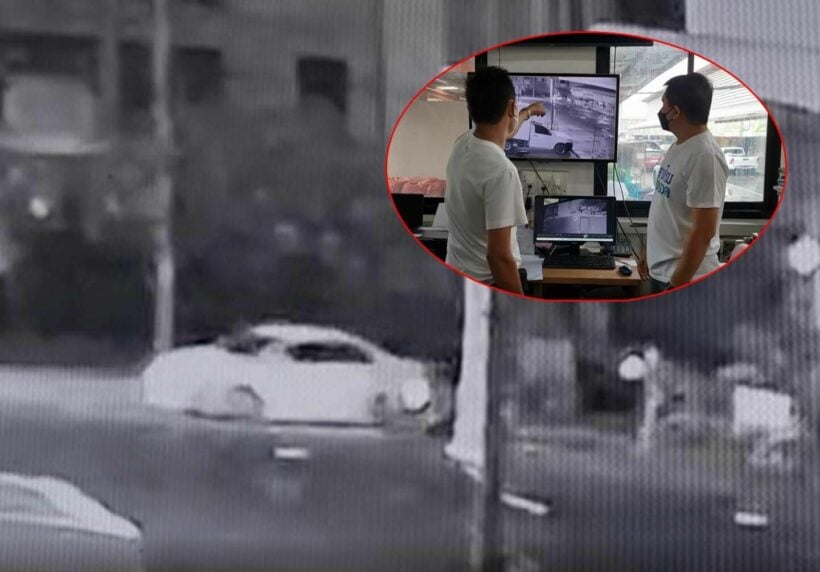 A security guard narrowly dodged getting run over after asking a couple who were having sex in a parked car at a Bangkok market to move along. When the head of security approached the car in the early hours of Sunday morning, the driver attempted to run him over and fled the scene. No one was injured.

20 year old security guard Warat Lonthong was the first to approach the couple. Warat said a short-haired man around 25 to 30 years old wound down his window and asked, “What’s your problem?” A thin woman who looked around 20 years old was also in the car, said Wanat.

Wanat said the couple were both wearing masks (safety first!) but he would definitely remember their faces if he saw them again. Wanat asked them to move on since the market, located in the Sai Mai area of Bangkok, doesn’t allow cars to park there out of hours. However, the car was still there after 10 minutes.

Wanat called head of security Thanakorn Milekhunthod over to help at around 1am Sunday morning. When Thanakorn approached the car, the driver attempted to run him over and fled the scene. The only damage done was to a parked motorcycle.

Apparently, this is not the first time couples have used the market car park as a place to rendezvous. In the eight months Wanat has worked there, he has seen men and women straddling each other in the back seat many times and asked them to move on. Wanat described one incident where a car was swaying back and forth.

Pinetree
He came back 10 minutes later. !0 minutes? Respect to the couple.

Guest1
5 minutes ago, HolyCowCm said: Lady of the evening and he the customer having the market a common place to do the deed. If you can't or don't want afford a room with a curtain for your car. My thought,…

ThailandRyan
19 hours ago, Thaiger said: the driver attempted to run him over and fled the scen I didn't attempt to run him over, said the man, the gas pedal was accidently pushed downward as I was thrusting upward and needed…