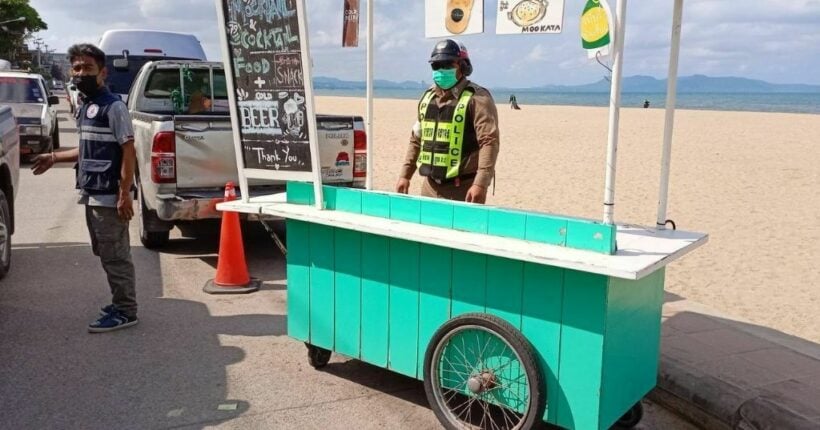 Municipal and traffic police are reorganising vendors on Na Jomtien Beach to give tourists more space to enjoy beach vibes after they received complaints that food carts are blocking the traffic and parking areas along the beach.

Na Jomtien Beach had been improved to prevent coastal erosion and draw more tourists with a budget of 600 million baht. The beaches are now wider. More sand was added to the beach, making it more than 50 metres wider and longer by about 800 metres. This has made Na Jomtien become a very popular tourist destination, especially for domestic travellers.

However, the beach hasn’t become more ‘friendly’ because of the huge number of food vendors blocking access, parking, traffic generally, and the view from the street. Yesterday, the Superintendent of the Na Jomtien Police Station, Santi Chuchirt, explained to Thai media that domestic tourists and locals filed complaints to him, saying they didn’t have space to park their cars because the parking area along the beach was full of street food vendors.

But the authority admitted that the organisation along the beach was still a problem for them. So, the authorities would allow sellers sell food from 6 pm to midnight for now and would discuss to find the best solution and proper space for each vendor later.