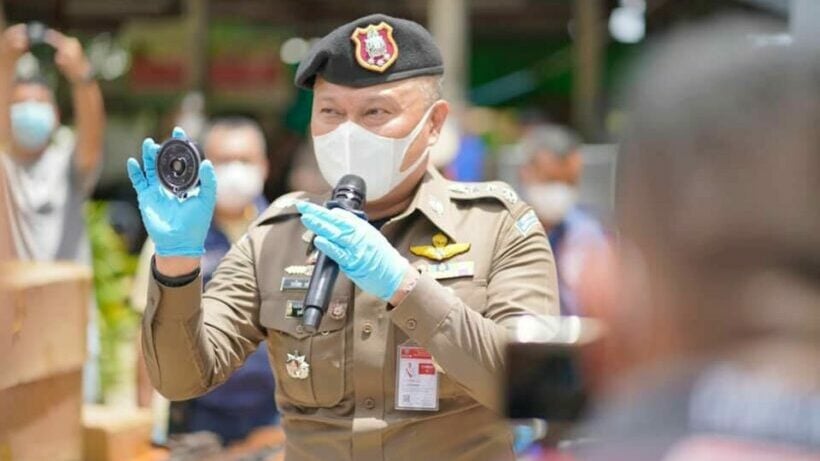 Virtual crimes are on the rise, growing stronger in form and frequency, which has resulted in the Cyber Crime Investigation Bureau expanding its crime stopping responsibilities as they celebrate their first anniversary.

The newish CCIB has provided the Royal Thai Police with formidable crime prevention weaponry with the bureau forever on the lookout for cyber crimes. They aim to catch criminals, who operate both online and offline. The CCIB is led by Lt Gen Kornchai Klayklueng and was established on September 9 last year. Then, 3 months later, the division engaged in its first crime solving mission on December 22. Kornchai tells the Bangkok Post that the organisation is working on over 2 thousand cases that involves over 3 thousand suspects. The CCIB usually arrests suspects daily.

The bureau’s obligations can be summarised in 5 areas:

For #1, the bureau arrested 17 suspects in April, as part of their “shutdown petrol” scam which allegedly defrauded around 300 people by convincing them to invest in a petrol company.

Then, in August, police busted 3 major illegal firearm dealers following raids in Chiang Rai and Khon Kaen. Also, in August, the bureau arrested a suspect who allegedly had been tricking people into paying to get appointments for what turned out to be imaginary Moderna vaccines. Over 50 people were duped by the scam with the scammer causing 200,000 baht in damages.

For #4, the bureau nabbed a woman back in January for allegedly running an application that livestreamed minors performing sexual acts. A number of online gambling operations have also been busted. The bureau has also partnered with the National Cyber Security Agency to design new approaches to cyber security, but the bureau reports they’re understaffed and under-equipped to handle upcoming threats.

The bureau is also working on a system where residents can report cyber crimes and reach out for police help online. Victims of cyber crimes and fans of talking to the police can reach them at crimetrack@bangkokpost.co.th.

“We can’t totally eradicate cyber-crimes. However, it is within our power to keep the crimes down as much as possible”, says Kornchai.

MrStretch
I notice they don't talk about their role in the suppression of comments and opinions about the government and *ahem* on the internet, as well. This seems to be what they spend more of their time and effort on than…

AdvocatusDiaboli
3 hours ago, Thaiger said: Cyber Crime Investigation Bureau expanding its crime stopping responsibilities Responsibilities maybe, but noting how these government apps for Covid have been working, unsure if the Cyber ability of this force is any better than any…
Jason
I think that a special unit of police dedicated to Cyber Crime is a top concept. Cyber Crime is on the rise and defrauding people of millions. Most police forces around the world have such units. The unit in my…