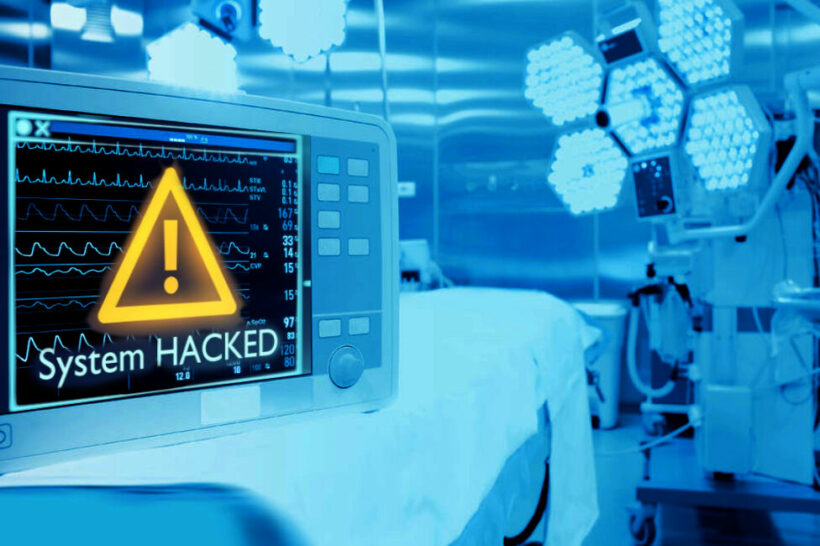 The Cyber Crime Investigation Bureau uncovered what they believe to be the source of the Petchabun Hospital hack in a preliminary investigation, tracing the data breach through a server in Singapore to a group of Indian hackers. The hackers demanded a ransom and posted the list on Raidforums.com, a website for sharing and selling hacked databases.

The CCIB said they believed that the data was accessed through clickbait, a malicious link that tricked a hospital worker into clicking and allowing access. They also commented that it could have just been a weak password.

Meanwhile, at Bhumirajanagarindra Kidney Institute Hospital, hospital staff were unable to access their patient database around 5 am on Monday. Upon further investigation they discovered that the data, which included personal information and treatment histories, had been stolen.

The hospital director said that they received a call in English later Monday from a man who claimed to be the hacker and who said he would call back the next day to arrange a ransom payment. After the director send a recording of the conversation to Phaya Thai police, he never heard from the man again.

They believe the breach was when they gave access to a trusted software company to perform system upgrades remotely, but they don’t suspect the company or wrongdoing, though police intend to investigate. The hospital lost some data and expect a service delay but they did have a backup system that was able to be recovered.

Authorities postulate that these hacks may be connected to other recent high profile hacks of another hospital in the Northeast and of Krungthai Bank, though they made no mention of the Bangkok Airways data breach last week.

gummy
14 minutes ago, GMoney2312 said: Lets get out the paper and a pencil. That should calm things down. Oh no we shall then have the constipated mathematician on here working it out with logs

AdvocatusDiaboli
41 minutes ago, gummy said: yes but when I enquired the hackers told me that the data did not state female bust sizes But told them how many doses we all have had in Thailand 🤣

gummy
6 minutes ago, AdvocatusDiaboli said: But told them how many doses we all have had in Thailand 🤣 Never enquired about STDs 😉

AdvocatusDiaboli
1 hour ago, gummy said: Never enquired about STDs  Gummy, they are now called infections …. Now how would I know that 😉
HolyCowCm
Are these the same one and all Indian hackers who it up TT? I remember last week there were a couple of newbie Indian sign ups to the forum who did an introduction. Hope it wasn't them but I haven't…