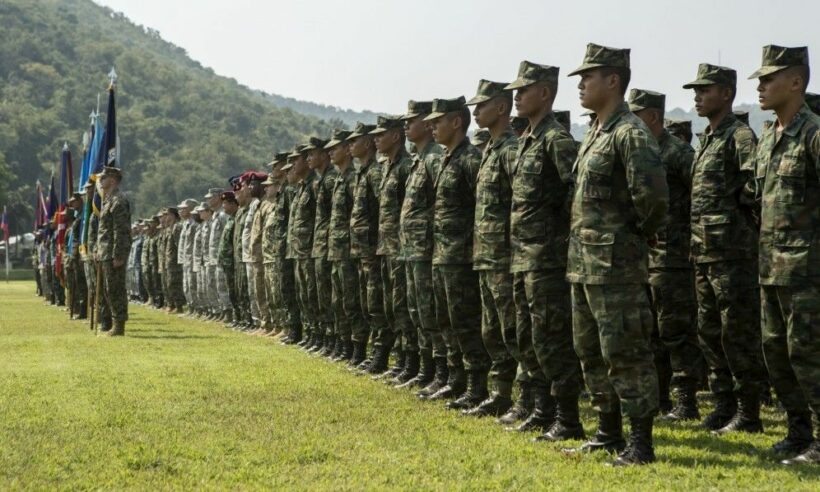 The family of a young army cadet who died in suspicious circumstances while in military training, has received a letter threatening him with legal action over his failure to show up for service. 18 year old Pakapong Tanyakan died nearly 3 years ago, while undergoing training at a military academy in the central province of Nakhon Nayok, north-east of Bangkok.

In a diary entry written just days before, Pakapong alleges that incidences of abuse and violence are regular occurrences at the facility. Suspicion lingers around the cadet’s death, with his body covered in mysterious bruises. The official statement by authorities is that he fell down 8 flights of stairs after a sudden heart attack. Several of his organs were removed from his body before it was returned to his family. The military apologised at the time, saying they were being kept as part of an investigation.

Yesterday, the army was forced to apologise to the family once more, after they received a letter addressed to the cadet, threatening legal action if he failed to show up for duty by August 31. The letter points out that the punishment for draft avoidance is 3 months’ imprisonment.

Pakapong’s sister, Supicha Tanyaka, shared a copy of the letter on Facebook, accompanied by an angry post which has drawn outrage on social media.

“Who are you calling to the draft? He already died at the cadet school.”

In his apology to the dead man’s family, army spokesman Winthai Suvaree blames a system error for the mix-up, saying the army’s database is not synced with civilian records.

Meanwhile, the investigation into the young cadet’s death continues.

Separate licence to be required for big bikes