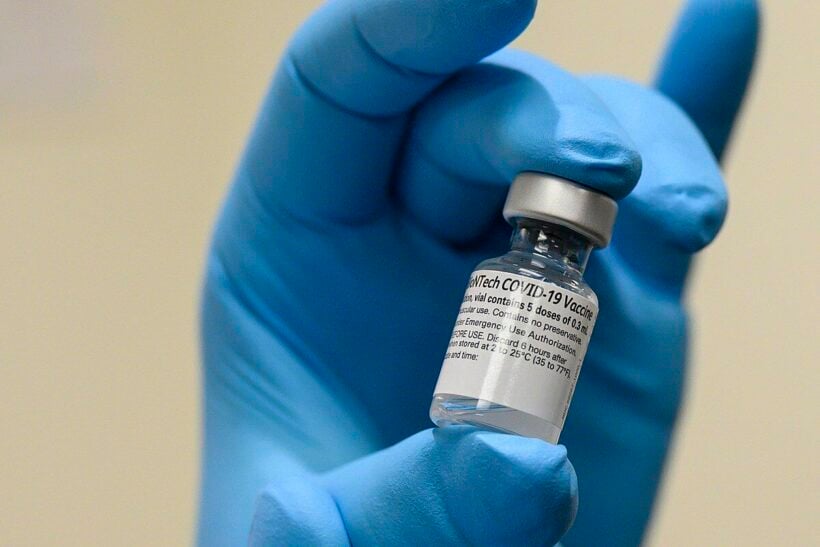 Following reports that the Thonburi Healthcare Group in Thailand was planning to sign an agreement for 20 million doses of the Pfizer Covid-19 vaccine, Germany BioNTech said it was not in talks with the Thai hospital group. In an email sent to Reuters reporters, BioNTech said “We are not in negotiations with the company you mentioned below about vaccine supply.”

The hospital group had made an announcement earlier today saying it would order 20 million doses of the Pfizer-BioNTech vaccine. Reuters reporters reached out to Pfizer and BioNTech, but neither confirm the deal. Pfizer wrote in a statement “We are in ongoing discussions with Thailand’s Department of Disease Control, Ministry of Public Health only.”

Private hospitals are allowed to order vaccines such as Pfizer and Moderna to provide an alternative, paid option to the public. Past reports say orders needs to go through the Government Pharmaceutical Organisation.

THG chairperson Boon Vanasin is also now facing defamation charges pressed by the Government Pharmaceutical Organisation for his criticism on the procurement of the Moderna vaccines, claiming the organisation profited from the purchase of the doses.

SickBuffalo
18 hours ago, mic said: https://www.lifesitenews.com/opinion/could-mrna-vaccines-permanently-alter-dna-recent-science-suggests-they-might is mRNA dangerous ?? No. Anything you put into your body can have side effects, but mRNA vaccines are less invasive than traditional forms of vaccine. The consensus is that any risks are far less than the…

BlueSphinx
19 minutes ago, SickBuffalo said: I like Robert Malone, he speaks a lot of sense on Ivermectin, but the interview you read may have misrepresented his position, as so much material does these days. Firstly, although the anti-vaxx community have taken…
Stonker
7 minutes ago, SickBuffalo said: A lot of stuff is shared by people who mean well but who have gone a little crazy and now keep hammering their friends with any article that seems to support their crusade. If you, yourself, are not…

SickBuffalo
3 minutes ago, BlueSphinx said: The interview < see link below > was originally posted on YouTube but removed within the space of just three hours. And so the interviewer had to post it on alternative video-sharing platforms, such as…

BlueSphinx
10 minutes ago, SickBuffalo said: ... I hope you do not mind me calling out details that I believe to be incorrect. With so much confusion around this subject, it is desperately important that we all find the sane middleground between establishment…