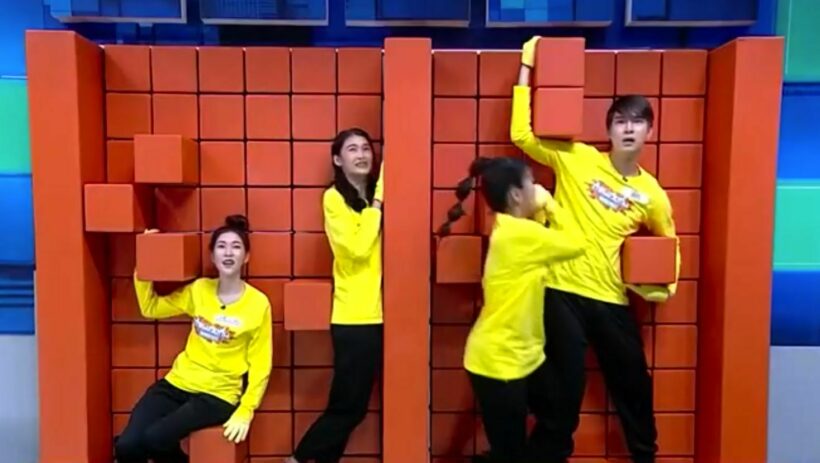 Following the successful take of the South Korean show “The Masked Singer,” BBC is eyeing Thailand for its next big television show. The network plans to pilot its own version of the Tetris-style smash “Block Out”, a hit TV show among Thais, cashing in on the rising popularity of Asian TV shows. The original “Block Out” was created by Japanese television network Nippon TV and debuted on a major Thai television network, Channel 7.

The show will give viewers “body-bending humor and edge-of-the-ledge excitement,” according to the product, with two teams competing for a monetary reward by answering trivia questions and maintaining their balance on a ledge as a shape-shifting wall erupts in a variety of patterns and speeds, forcing contestants to contort their bodies into strange positions to avoid being pushed from their perch.

The BBC’s head of entertainment, Kate Phillips, said a full series of the show will be produced, although the pilot episode will not be aired on television but for the test run. A UK version of the show will also be created by CPL Productions, which is well known for its hit show “A League of Their Own” on the Sky TV channel.

Block Out has also been recreated in Spain and the Netherlands and is produced by Germany’s Red Arrow Studios and Israel’s July August Productions.

Sarisin
If it's the BBC it will probably be mostly black contestants, they make up about 3% of the population but make up about 25% of their output, even at the expense of Asian characters, who are 5x more of the…
Jason
It might just work 🙃🙃🙃
Farang123
Sounds like I did the correct thing by cancelling my BBC TV license a few years ago; if the BBC are going to copy a concept from Thai TV then God help us, they must be utterly desperate. Is it…

gummy
2 hours ago, Farang123 said: Sounds like I did the correct thing by cancelling my BBC TV license a few years ago; if the BBC are going to copy a concept from Thai TV then God help us, they must…