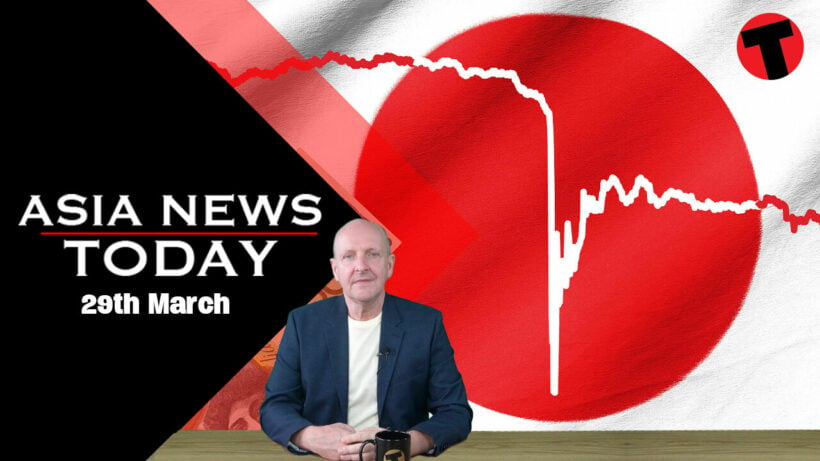 Nearly 9,000 soldiers from the Philippines and US are participating in the largest-ever joint military drills as the two longtime allies do some high-level sabre-rattling amid fresh tensions in the disputed South China Sea. Filipino and American soldiers will take part in the 12 day military exercises across the main Filipino island of Luzon. Philippine military chief welcomed soldiers from the US and around the region at yesterday’s opening ceremony in Manila saying that the largest display of Balikatan war games reflected the “deepening alliance” between the US and Philippines. The exercises will cover maritime security, humanitarian assistance, disaster relief, amphibious operations and counter-terrorism. Manoeuvres have been focussed on potential conflict in the South China Sea, which China claims almost in its entirety. Since taking power in 2016, outgoing President Duterte has pivoted to China but has faced pushback from voters who remain wary of China’s territorial ambitions in the disputed waters.

The Japanese yen has dropped to a seven year low as the Bank of Japan pushed back against the global trend for tighter monetary policy. The move has proved speculation that the Japanese central bank could intervene and up the local currency for the first time since 1998. The yen dropped more than 2 per cent against the US dollar yesterday with traders expecting even more drops ahead. It has already fallen more than 7 per cent against the USD so far this month. Now currency analysts in Tokyo say that their clients were asking if the rapid slide in the yen could trigger some intervention by the ministry of finance for the first time since 1998. Such a move would mark a shift for the Bank of Japan, which has a long record of only intervening to weaken the yen.

Indonesian national energy company PT Pertamina is considering buying crude oil from Russia as it looks around the world for oil for a newly revamped refinery. Speaking at a parliamentary hearing, the company’s CEO says that Pertamina saw “an opportunity to buy from Russia at a good price.”She said to the hearing that, politically, there was no problem as long as the company we are dealing with was not sanctioned. She also shared that PT Pertamina had also discussed the payment arrangement, which may go through India. Indonesia holds the G20 presidency this year and says it will remain neutral amid the Russia-Ukraine conflict, which has sparked the biggest humanitarian and geopolitical crisis in Europe since World War Two. But the Indonesian government has raised a number of concerns about the invasion but has stopped short of condemning it.

South Koreans are really starting to get into coffee. Such that imports of coffee surged more than 24 percent in 2021 to hit a new all-time high. The value of South Korean coffee imports stood at US$ 916 million last year, up 24 percent from the year before. It’s the first time that South Korea’s coffee imports clicked over the 1 trillion-won level in terms of the local currency. Last year’s consumption of coffee was up nearly 13 times compared to 20 years ago. I’ll drink to that.

A member of the Vietnam PMs Vietnam economic advisory group says Vietnam is not pushing itself enough as a safe tourist destination despite having one of the highest vaccination coverages in the region.He says that Vietnam is “still timid and not really confident in reopening”.He directed much of his criticism at Vietnam’s Ministry of Culture, Sports & Tourism saying the Ministry needs to have a clearer, more proactive roadmap that tells the world that Vietnam is a safe destination and ready to welcome back foreign tourists.He said…. Vietnam has been far too cautious as it reopens tourism. Vietnam has so far offered a visa-free policy for citizens from just 13 countries for a maximum of 15 days.He said that the Vietnamese government should grant visa exemption to more countries and prolong the stay of tourists to lure more travellers back to the country.Citizens from only Belarus, Denmark, Finland, France, Germany, Italy, Japan, Norway, Russia, South Korea, Spain, Sweden, and the UK can visit Vietnam for up to 15 days without a visa.The country also has bilateral visa exemption policy for ASEAN co-members, Chile and Kyrgyzstan.

Public transportation between Malaysia and Singapore is set to return to near-normal from this Friday when the two countries officially open their land borders to all travellers. The Transport Minister noted that this will apply to public buses, express buses, tourist buses, worker buses and taxis. Starting April 1, both countries will allow all fully vaccinated travellers to cross the land border without having to undergo quarantine or present any Covid tests. Just a note to foreign travellers wanting to cross the Malaysian Singapore border…. You’ll need to ensure you have the MySejahtera app on your smartphones and that they meet all pre-determined travel conditions. Travellers out of Singapore should also have the Singapore equivalent. Check the details before you travel in the early days of the border re-opening.

And whilst we’re in Singapore, today is somewhat of a turning point in the island’s pandemic response. Where there used to be signs stuck to the table blocking off seats for five people at hawker centres and coffee shops, tables are now permitted to sit in groups of 10. And, although masks are now optional outdoors in Singapore, as long as you’re still about 1 metre apart, most people still seem to be masking up whilst in public. These pics from Channel News Asia show that Singaporeans are going to be slow to lower their face masks, a situation we predict we’ll see around much of Asia where the wearing of face masks, even before the Covid pandemic, was a reasonably familiar sight.