Some April Fool’s jokes posted online are considered “fake news” that mislead the public, and sharing “fake news” breaks Thai law, according to the Technology Crime Suppression Division, or TCSD.

On April 1 every year in many countries around the world is April Fool’s Day, with people making jokes and hoaxes, but in Thailand posting fraudulent messages or sharing fake news that may mislead the general public are guilty of the Computer Crimes Act.

The TCSD warns the public to be careful when posting or sharing news on social media That have a jail sentence and a fine.

Recently, police have been cracking down on misleading posts related to the Covid-19 pandemic and the political protests in Thailand, especially posts that incite public agitation. The TCSD warns not to share April Fool’s jokes related to Covid-19 because it “incites panic.”

False or misleading posts that pose a threat to national security, stir up public agitation or may cause damage to others are prohibited under the Computer Crime Act which carries a penalty of up to 5 years in jail and a fine of up to 100,000 baht. 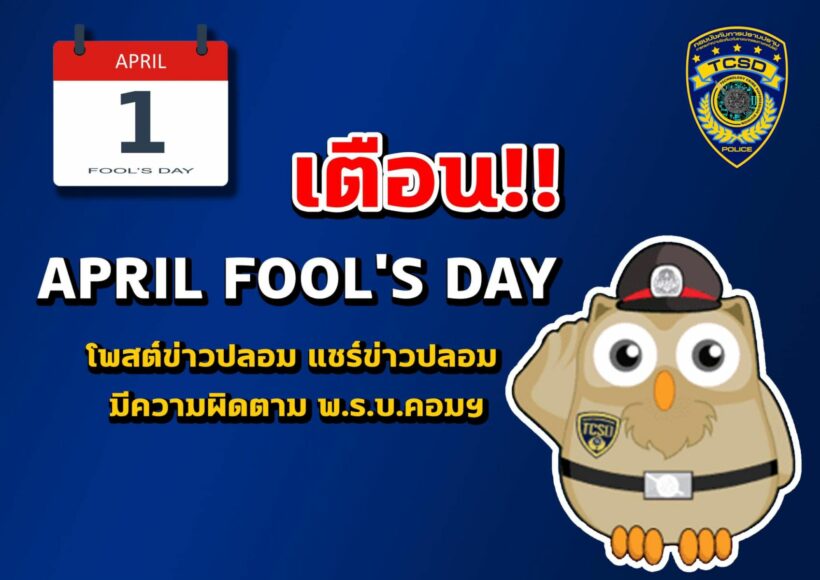