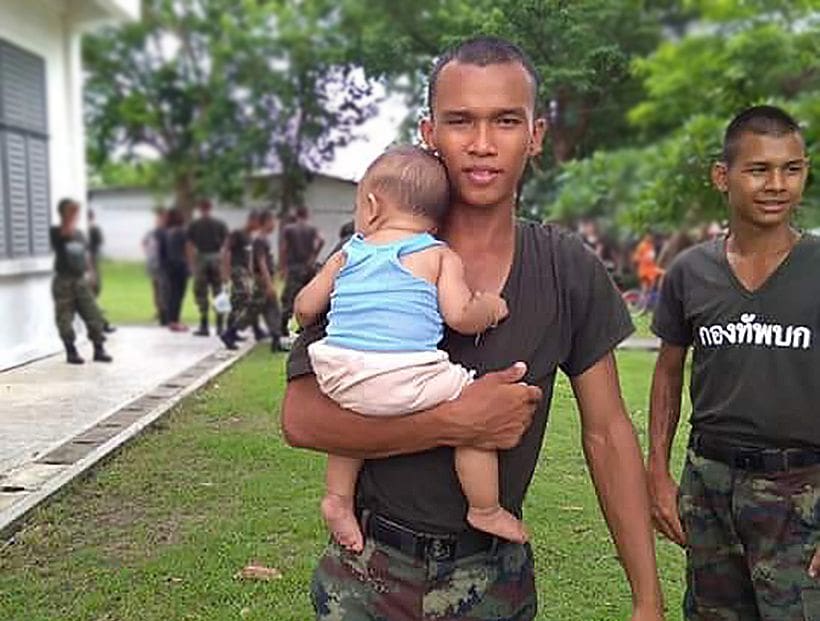 Hazing (US English) initiation ceremonies, (British English), bastardisation (Australian English), ragging (South Asia), or deposition, refers to the practice of rituals, challenges, and other activities involving, harassment, violence or humiliation used as a way of  initiating a person into a group including a new fraternity, sorority, team, or club.

Another conscript has succumbed to injuries inflicted whilst under the care of the Thai Army.

Private Khacha Pacha became the latest fatality of military-camp violence yesterday. He had been battling for his life for nearly a month and was in a coma since arriving at the hospital on August 21.

The 22 year old conscript has left behind his elderly mother, pregnant wife and toddler daughter. His family is now dealing with the pain that so many affected families had hoped would never happen again.

“I hope my son was the last victim, and nobody else has to experience this pain again,” Chittra Chormanee had said in 2016 after losing her 23 year old son, Private Songtham Moodmud, to alleged torture.

She chose not to file a lawsuit after the soldiers involved had begged for her forgiveness and the Army offered her an unidentified amount as compensation.

The latest victim, Khacha, was a conscript at the 31st Infantry Regiment (King’s Guard) in Lop Buri province when three other soldiers allegedly attacked him on August 21. Since then, there have been conflicting accounts on the attack. His family was initially told that he was beaten while being disciplined, but later, senior military officers began insisting that he had been beaten during a fight among soldiers.

Yet, even though Army chief General Chalermchai Sittisart has been denying the disciplining claim, the public is not entirely convinced.

After all, the public has heard too often about the brutal punishments at military camps and several victims of these beatings have made the headlines. 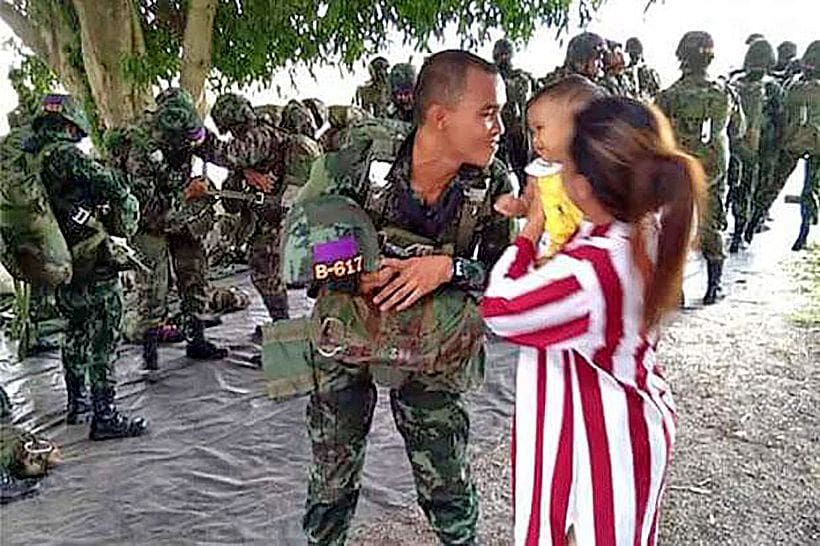 His heartbroken family has been fighting for justice ever since, but to date, there has been no evidence establishing a direct link between the disciplinary action and his death. His family is now asking for an investigation into his autopsy procedure at the military-owned hospital.

There were another two cases of questionable fatalities last year. On August 19, 2017, Private Noppadol Worakitphan, a 21 year old conscript at the 45th Army Circle, died of a ruptured heart and massive internal bleeding.

It was widely reported that he might have died because of harsh disciplinary action taken earlier in the day, but a military probe concluded that there was no beating at the camp and that something else may have happened outside the compound that affected Noppadol.

On April 1 last year, 22 year old Private Yutthakinan Boonniam succumbed to torture at a military camp in Surat Thani province and 11 soldiers have been taken to the military court over his death.

There are similar cases reported every year, and every time such reports appear in mainstream media, there is a call for an end to brutal punishment at military camps.

Yet, even after the Army has had to pay millions in compensation to victims’ families and has faced loud criticism, this trend has not stopped. 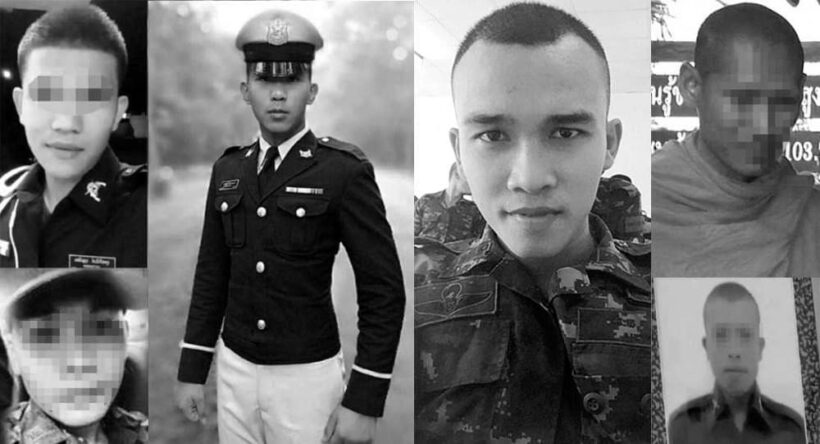 National Human Rights Commission commissioner Angkhana Neelapaijit said her agency had raised this issue with the government several times and even offered recommendations on how such tragedies can be prevented.

In a separate interview, Cross Cultural Foundation director Pornpen Khongkachonkiet said her organisation had been trying to push military units to release details on how they punish soldiers.

“To ensure transparency, military units should be able to describe how each incident occurred to the public. Let’s see if there was really no excessive use of violence,” she said.

Her foundation has been helping the family of Sub-Lieutenant Sanan Thongdeenok seek justice after he drowned at the 1st Infantry Battalion of the Royal Guards.

30 year old Sanan drowned on June 6, 2015 after being ordered to swim non-stop

The Army is negotiating compensation with his family, and no lawsuit has been filed due to weak evidence.

One of the most high-profile cases, so far, is probably that of Private Wichien Phueksom.

Holding a master’s degree and spending a long time in monkhood, the 25 year old was reportedly unfamiliar with military surroundings. He ended up being disciplined harshly during his time at the 4th Development Battalion in Narathiwat Rajanagarind Military Camp.

His death on June 5, 2011 was put down to acute kidney failure. His body showed signs of serious physical abuse prompting his family to fight hard for justice. Yet, one of Wichien’s nieces faced threats and even an arrest warrant during the battle.

The Army has offered 6.5 million baht in compensation to settle the civil lawsuit, and criminal proceedings are ongoing.