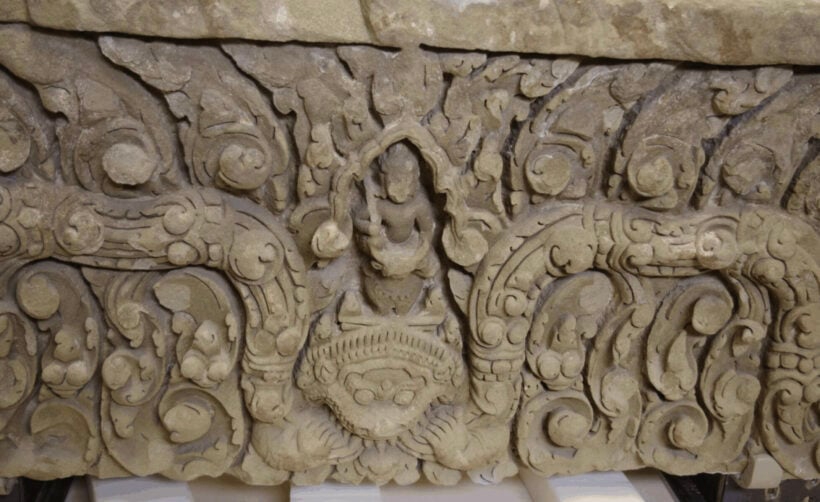 Ancient artefacts that were smuggled out of Thailand decades ago and ended up on display at a museum in the United States will be shipped back to Thailand. The 2 hand carved lintels, each weighing more than 680 kilograms, were stolen from temples in Buri Ram and Sa Kaeo, according to a complaint filed with the Attorney’s Office of the Northern District of California San Francisco Division.

An investigation was launched by the US Department of Homeland Security back in 2016 after the Consul General of the Royal Thai Consulate in Los Angeles visited San Francisco’s Asian Art Museum and saw the ancient Thai lintels on display. The investigation has now come to a close and the US government will ship the lintels back to Thailand, according to Foreign Ministry spokesman Tanee Sangrat. The ancient lintels have also been removed from the museum’s list.

The lintels are believed to have been stolen and the sold to European merchants in the late 1960s, according to the Attorney’s Office for the Northern District of California. One was given to the museum in 1966 and the museum bought the other lintel in 1968.