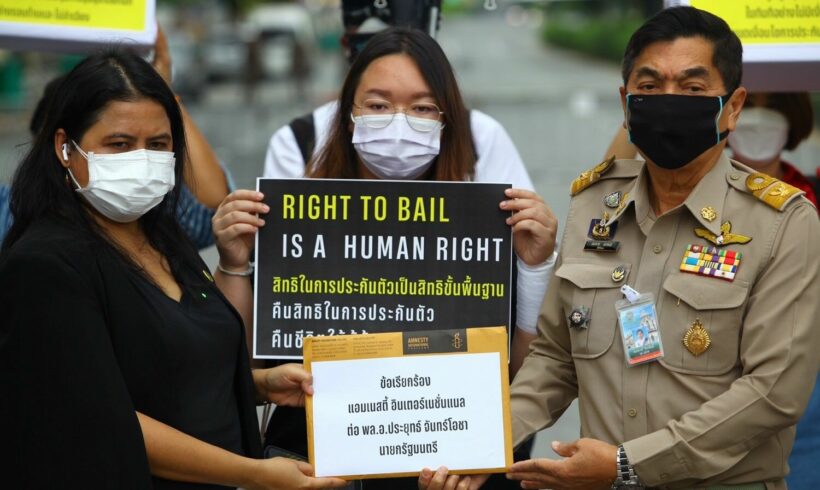 The human rights organisation, Amnesty International, risks being expelled from Thailand, with the government accusing it of failing to comply with legal requirements. According to a Bangkok Post report, Boonchob Suthamanaswong from the Labour Ministry says officials are considering whether to renew the organisation’s operating licence. He says Amnesty’s request will be reviewed by a panel whose remit is to ensure international NGOs comply with the legal requirements attached to operating licences, which are renewed every 2 years.

Boonchob says one criteria for an operating licence is that the organisation is not driven by a political agenda that threatens Thailand’s national security. Organisations must adopt a neutral stance in relation to political issues and refrain from promoting social unrest. He says organisations must also submit a report of their activities every 6 months, alleging that Amnesty has failed to do so.

The international human rights organisation has long stood behind Thailand’s pro-democracy activists, who have been calling for reform of the monarchy and the dissolution of parliament and resignation of PM Prayut Chan-o-cha. Opponents of the pro-democracy movement view Amnesty’s support as an attempt to overthrow Thailand’s democratic system with the King as head of state.

Royalists are campaigning to have the organisation kicked out of the country, with a recent petition garnering 1.2 million signatures. Seksakol Atthawong, a former Red Shirt who is now an aide to the PM, says he will shortly submit the petition calling for Amnesty to be expelled for undermining national security. Seksakol now runs a political party called Ruam Thai Shang Chart, which has already pledged to support the PM in the next general election.

JohninDublin
On 2/17/2022 at 6:38 AM, CamPat said: 7 years ago neighboring Cambodia was still fighting to get a Law in place to regulate the NGO Sector and in total it almost took 2 decades to finally get it signed off…

JohninDublin
23 minutes ago, LoongFred said: Sorry I must have misunderstood AL agenda. I thought they were to represent all kinds of social injustice not just those in prison and or facing death. That's a disingenuous response. You don't so much…

JohninDublin
24 minutes ago, LoongFred said: The problem is did they overstep those powers and infringe on the free rights of others. Can you tell me, did the Canadian gov use legislation to dispel this demo? If they did, then those…

JohninDublin
44 minutes ago, LoongFred said: The biggest issue is that they only represent one political view and ignore valid concerns if they don’t agree. In other terms they are politically biased. That’s why they don’t represent those against mandates in…
CamPat
My personal experience with western financed NGO in SEA is their slogan: We came to help ... and done well !

Thailand News Update | Only Fans Girl “Shoots herself in the foot”