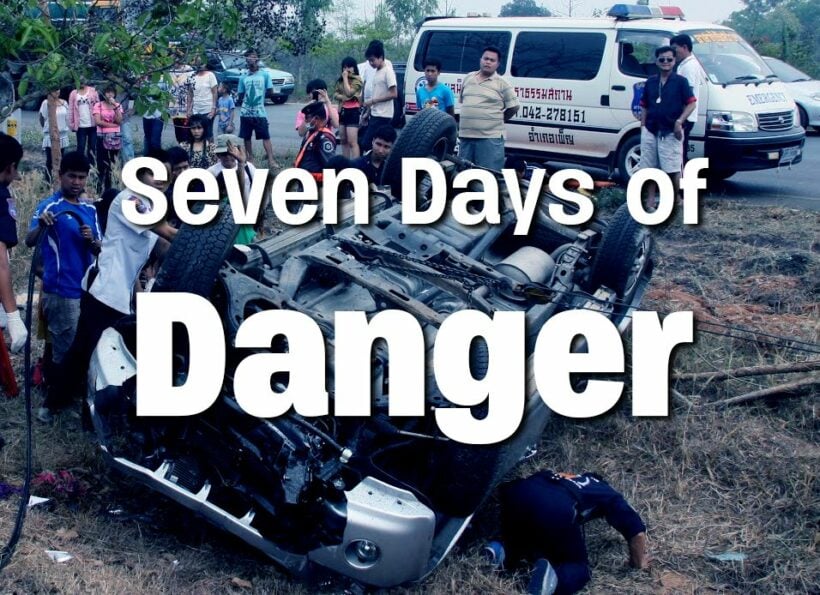 463 people died due to traffic collisions and chaos over the past week – the seven days of danger – with drink diving and speeding, again, the major cause of traffic incidents.

Drink-driving was listed as the cause of 40% of the 3,791 collisions reported between December 27 and January 2. 3,892 people were injured this year during the seven day safety campaign, down from 4,005 last year.

This year’s death toll was up but the number of actual collisions was down slightly.

Speeding is the second biggest cause of fatal deaths this year, accounting for 28% of the people who died. 80% of vehicles involved in crashes were motorcycles, a statistic which mirrors the usual breakdown of fatal traffic incidents.

The World Health Organisation reports that Thailand’s road collision-related death rate is the highest in south east Asia and the ninth highest in the world.