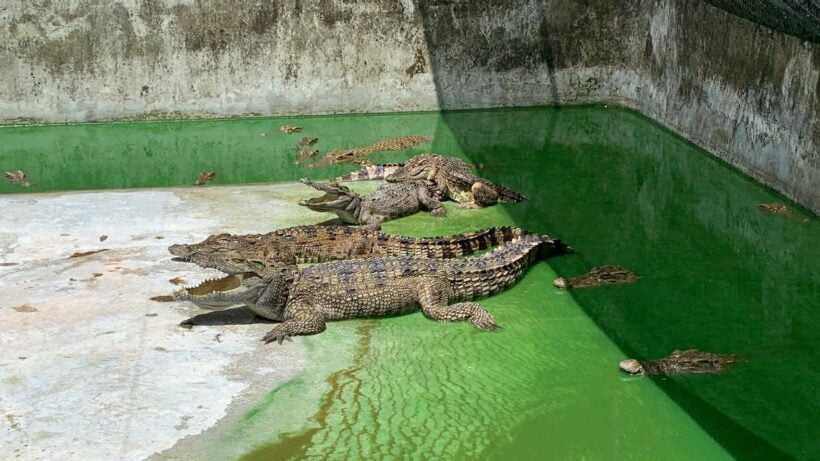 Sommart’s main customer was a single business in Chon Buri who would bulk buy crocodiles and sell them to customers in different countries. Since the pandemic started, the business hasn’t been able to buy from Sommart’s farm as they are unable to export crocodiles. Sommart has been left to bear all the costs of food, water and care for 450 freshwater crocodiles, making Sommart’s farm the largest of Trang’s 22 crocodile farms. Sommart has slashed his prices in the hope of shifting some of the burdens.

While crocodiles might not be a widespread dish on the menu in Thailand, most of Sommart’s customers buy crocodiles to eat. However, Sommart hopes that big companies will be interested in bulk buying the animals.

Sommart would usually sell the crocodiles for 8,000 baht to 10,000 baht once their chest measured 55 centimetres at around 3 years old. Many of Sommart’s crocodiles are much older and bigger now, yet Sommart is selling them for just 3,500 baht to 6,000 baht as he needs them off his plate.

However, some academic studies suggest steering clear of crocodile meat or reptile meat of any kind due to the risk of contracting diseases. Others argue that the risk of disease can be eliminated through proper cooking of the meat, similar to chicken.

With a plate of grilled crocodile meat selling for 300 baht at stalls in Bangkok, it certainly isn’t the cheapest dinner option at the market. 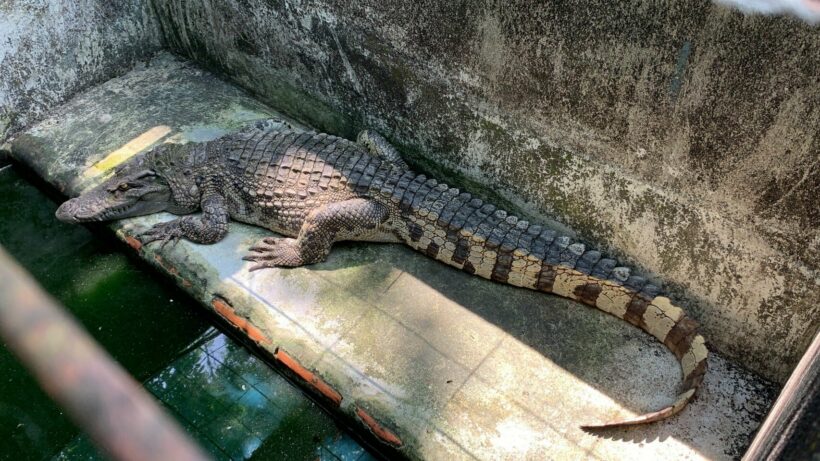 Noble_Design
Hmm I'm surprised he didn't manage to off load his stock of crocs back when demand for croc meat went up due to expensive pork prices.
Cathat
Surprised nobody snapped his hand off at that price.