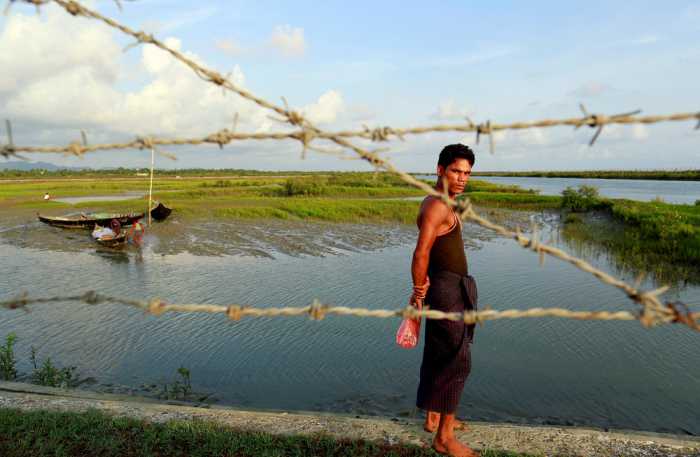 PHUKET: More than 10 big agents have allegedly been smuggling Rohingya people from Myanmar to a third country, an informed source has revealed.

The source, who is a member of an anti-human trafficking team, said recently that these agents collected 30,000 baht from each refugee and another 60,000 baht from employers in the third country – usually Malaysia.

“These agents have contacts in Myanmar’s Rakhine region from where the Rohingya people are exported,” he said.

The peak season of Rohingya smuggling has already begun as storms over the Andaman Sea have died down as they do between November and April every year.

With links to smuggling gangs, each seemingly innocent-looking fishing trawler can carry more than 200 Rohingya people per trip, while a big boat can carry as many as 1,000, the source said.

He disclosed this information in the wake of a recent discovery of 299 illegal migrants in a fishing trawler in Ranong’s Kapoe Bay. Of the migrants, 219 were Rohingya and the remainder Bangladeshi nationals.

“Our investigation suggests that the illegal migrants usually get off small trawlers at secluded piers in Ranong’s Muang, Kapoe and Suk Samran districts,” he said.

According to the source, the illegal migrants are kept in Satun until they can be forwarded to employers in Malaysia.

He said the Thailand-based agents began trafficking Rohingya people after the number of Myanmar nationals for their illegal business dropped. He provided the aliases of the key agents, choosing not to directly identify anybody by their full name.

“These suspects run restaurants, pubs, piers for fisheries and refrigerated truck services as fronts. While these legitimate businesses clearly don’t generate massive revenues, each of these people have hundreds of millions of baht in assets,” he said. “Some even have billions.”

The source said officials were currently in the process of coordinating with the Anti-Money Laundering Office to investigate the suspects’ assets and find out if some of these were ill-gotten gains.

When Social Development and Human Security Minister Pol Gen Adul Saengsingkaew listened to the problems related to Rohingya people yesterday, he made it clear that the police need to take strong action against traffickers.

Separately, Reuters reported that Thai authorities have been planning to push more than 200 boat people out to sea despite calls from rights groups to stop this, as it would put the asylum seekers at greater risk.

These people were found at sea on Saturday and arrested for illegal entry. Their discovery around 3 kilometers from the coast follows what one NGO said was a “major maritime exodus” of Rohingya from neighboring Myanmar.

Ex-TAT chief to be charged with bribery