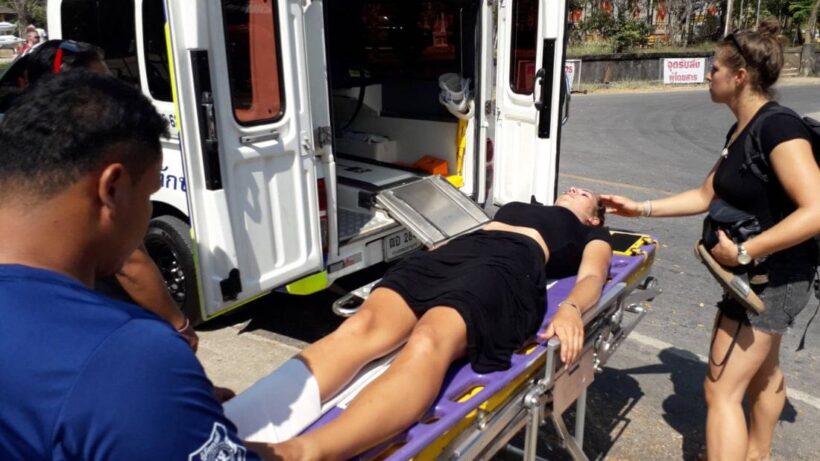 A female tourist has been rushed to hospital after she was bitten by snake at the Tiger Cave Temple in Krabi.

A friend of the German lady says, while they were walking inside the temple, her friend stepped on a pile of leaves. Suddenly she screamed as the snake bit her on the foot.

It is believed that the lady was bitten by Malayan pit viper.

“This species has a reputation for being bad-tempered and quick to strike. In northern Malaysia it is responsible for some 700 incidents of snakebite annually with a mortality rate of about 2 percent. Its venom causes severe pain and local swelling and sometimes tissue necrosis, but deaths are not common. Unfortunately many victims are left with dysfunctional or amputated limbs due to the lack of antivenom or early treatment.” 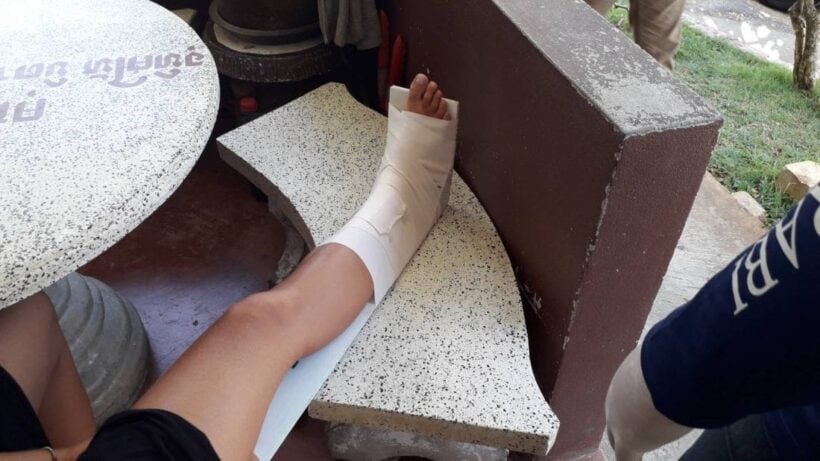 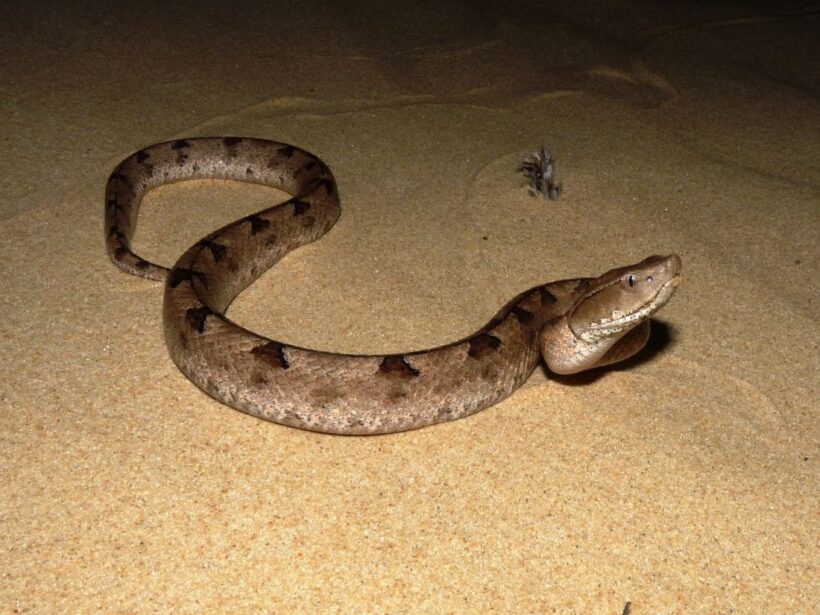